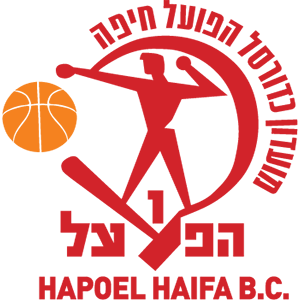 The final phase of the Israeli Winner League starts on Tuesday evening as Maccabi Playtika Tel Aviv hosts the fifth-ranked Hapoel Haifa in Menora Mivtachim Arena (18:00, Live on Sport5 - Channel 55). Giannis Sfairopoulos's squad seeks to secure home-court advantage throughout the playoffs, and that journey starts against the northern reds.

The Yellow & Blue will host the Save Their Soul Association, which helps post-trauma IDF victims. Maccabi hugs and embraces the Israeli fighters and combat casualties. For additional information about the association.

The squad to the game contains Omri Casspi, who's back after a month out because of a thigh injury. Those out of the game are Othello Hunter, Tyler Dorsey, Angelo Caloiaro, Eidan Alber and Yonathan Atias. The 12 dressing up: Elijah Bryant, Scottie Wilbekimn, T.J Cline, Chris Jones, Sandy Cohen, Omri Casspi, John DiBartolomeo, Oz Blayzer, Dragan Bender, Dori Sahar, Ante Zizic and Yovel Zoosman.

“This is our first home league game since March 13th, coming back to the third round of the Israeli League”, Said head coach Giannis Sfairopoulos about returning to Menora Mivtachim Arena. “We want to see our fans supporting us in these last 5 games and in the playoffs. We are in the last part of the marathon, and we have one last part of finishing the season to stay at first place”.

Tuesday's matchup will be the fifth official meeting against the Reds from the Carmel as Giannis Sfairopoulos's squad won all four matchups - 2 in the Winner League, 1 Winner Cup, and 1 State Cup contest. In the last contest between the two sides, the Yellow & Blue dominated 104:67 in an impressive team performance.

Keenan Evans leads Elad Hassin's group averaging 18.2 points and 6.3 assists per game. The Reds are ranked third in shooting percentage from behind the arc with 38% and ranked fifth in scoring with 87 points per game.

The Israeli champions came back from a 15 point deficit opening the top division with a win. Wilbekin led the scorers with 25 points as Casspi returned to the court after a month out. Sunday: Eilat comes to Tel Aviv

Maccabi Playtika Tel Aviv's return to Menora Mivtachim Arena after a month of road games wasn't perfect, but a dominant second half led to an 85:76 comeback victory over Hapoel Haifa. The Yellow & Blue stopped the Reds to 22 points in the second half while scoring 46 points with the help of Scottie Wilbekin, who scored a night-high 25 points.

After sitting a month out due to a back-thigh injury, Omri Caspi opened in Giannis Sfairopoulos's starting five and finished the evening with 5 points, 2 rebounds, and an assist in 16 minutes of play. Elijah Bryant contributed 15 points and 3 assists, while Ante Zizic added 14 points and 5 rebounds.

Evans aggressive defense led to a quick 8:2 Haifa start as he and Simhon knocked down shots from behind the arc. The Yellow & Blue offensive got it going after Zizic drew an unsportsmanlike foul from Nesterenko, Casspi scored his first points, and Wilbekin drilled a three-pointer cutting the edge down to 3.

Evans operated Buckles and Lenard Freeman inside, who increased the advantage up to 9, 11:20. Maccabi picked up the intensity and shifted the momentum as Bryant hit a corner triple, and T.J Cline came off the bench with great energy on both sides of the ball, scoring 4 points reducing the margin down to 5 after 10 minutes, 19:24.

Cline continued his strong showing knocking down a three-pointer and scoring 5 of the hosts' first 7 points of the quarter, while on the other end, Chanan Colman and Sigers kept a minimal 3 point margin, 26:29. Evans and Bryant exchanged points in the paint as Evans distributed multiple assists to Simhon and Lenard, who laid it in, 35:43.

Two clever offensive plays led to back-to-back Zizic layups, but the visitors drilled three consecutive shots from behind the arc as Evans finished the first half with 19 points and 7 assists, giving the Reds their highest lead of the night, 39:54.

Maccabi ramped up their defensive efforts starting the second half with two steals and a block stopping Elad Hassin's group scoreless for two minutes leading to 7 straight points by Wilbekin and an 8:0 stretch, 47:54. Evans stopped the momentum with two assists to Nesterenko and Simhon, ramping the edge back to 12.

The hosts worked Zizic inside, who converted 4 straight points, and Bender stole the ball from Buckles and ran the court for an easy two-handed slam. Wilbekin heated up and continued the unanswered sequence with a deep two-point jumper and a three-pointer, diminishing the advantage to 3, 58:61. Freeman stopped the 9:0 Maccabi run, and Nesterenko hit a mid-range jumper to close out the third period, 60:65. Jones drilled a shot from outside and added a layup, scoring Maccabi's first 5 points, but Nesterenko once again used the board for a mid-range jumper, 65:69. Wilbekin floated in two over Freeman, sent Jones to easy two on the other end, and Bender completed the comeback after a Casspi assist, 73:71.

Jones found Bryant open under the basket for a typical bucket, but Seagers and Freeman regained the lead for the northern squad, giving them a one-point edge. Casspi posted his defender, laid in two, and later added one of two from the charity strike, 78:76 with a minute left on the game clock.

The Reds couldn't find the basket in the last two minutes as Wilbekin daggered in a left-handed floater, and Bryant grabbed a loose ball and finished a three-point play on the other end. Blayzer sealed the deal after converting two from the free-throw line. Maccabi opens the top division with a win over Hapoel Haifa, 85:76.