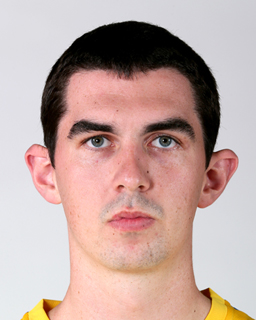 In week 3 of the Israeli Winner Sal League season, Maccabi Electra Tel Aviv was defeated by Ironi Nes Ziona 72-71. James was outstanding with 26 points and 18 rebounds.

In an away game played in week 3 of the Israeli Winner Sal League season, Maccabi Electra Tel Aviv was edged out 72-71 by hosts Ironi Nes Ziona on a buzzer-beating three pointer by Preston Knowles. Maccabi's captain Shawn James led the team with an impressive 26 points and 18 rebounds. Tyrese Rice and Joe Ingles (6 assists) added 12 points each.

Starters were Sylven Landesberg, Tyrese Rice, Jake Cohen, Joe Ingles and team captain Shawn James. Maccabi got started with four straight points by Cohen, but Nes Ziona quickly claimed a slight lead. A slick dime from Ingles to James was followed by a swish from Rice on the right wing, making it 9-7 Maccabi. The hosts woke up and took control of the second half of the quarter, going on a 14-2 scoring run to end the period with a 21-14 lead over Maccabi.

The second quarter did not start well for Maccabi, who sank into a 28-16 hole after four minutes of action. Threes by Ingles and Rice kick-started Maccabi's comeback, and points in the paint by Ingles and James tied the score at 28 with just under three minutes left in the half. James added a 360 layup and Rice also scored to end the half with Maccabi up by one, 34-33.

Maccabi protected their lead as the second half got underway, with points from Rice and David Blu. Sylven Landesberg added a catch and shoot from the left corner and a smooth spin and in under the basket to make it 43-38 Maccabi just past the halfway mark in the period. Maccabi protected their five point lead for the next few minutes, with James, Cohen and Hickman scoring, and the period ended with the visitors up by four, 51-47.

A long three by Ingles and points from Landesberg helped extend Maccabi's lead to 58-49, and Ingles added a layup to make it 60-52 four minutes into the fourth quarter. The hosts fought their way back into the game, pulling within two until two straight buckets from Landesberg gave Maccabi some breathing room. Nes Ziona didn't give up, and reclaimed the lead with just under a minute on the clock. Maccabi responded, but a trey by Preston Knowles with 4 seconds left secured a 72-71 win for Ironi Nes Ziona over Maccabi Electra Tel Aviv.