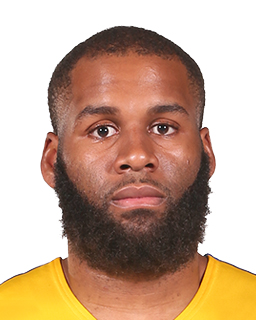 
Maccabi's starters were Devin Smith, Sylven Landesberg, Ike Ofoegbu, Taylor Rochestie, and Arinze Onuaku. Three buckets in the paint by Onuaku and triples by Smith and Landesberg put Maccabi up 12-8 three minutes into the game. Jerusalem was determined to protect their home court, and took a 13-12 lead halfway through the period. Trevor Mbakwe and Ofoegbu put Maccabi back on top, and two three pointers by Smith in the right corner made it 24-19 with two and a half minutes on the clock. The hosts came back to reclaim the lead, but points by Jordan Farmar ended the period with the score tied 28-28.


Another great play by Smith on the baseline gave Maccabi a 31-30 lead early in the second quarter, but Jerusalem went in to score nine straight. Rochestie stopped the home team's run with a trey, and a basket and one by Mbakwe put Maccabi within two, 39-37 halfway through the period. Once again Jerusalem broke the game open, but two layups by Smith and points by Landesberg cut Maccabi's deficit to 52-47 going into the halftime break.


A putback slam by Itay Segev and points by Landesberg on the foul line put Maccabi within three, 54-51 two minutes into the second half, but Duncan soon reopened Jerusalem's lead to 57-51. Smith and Landesberg combined for three buckets from downtown to put Maccabi up 62-61 with three minute left in the quarter, but a 10-0 run by the hosts made it 71-62 heading into the final quarter.


Smith was the only one who showed up in the fourth quarter for Maccabi, while Jerusalem continued to extend their lead, which quickly hit double digits. Rochestie managed to cut that to six with two minutes left in the game, but it was too late. In the end, Maccabi FOX Tel Aviv lost 94-85 to Hapoel Jerusalem.