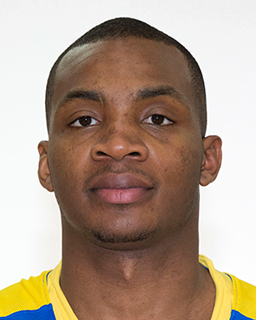 
Maccabi's starters were Guy Pnini, Gal Mekel, Elijah Millsap, Trevor Mbakwe, and Ike Ofoegbu. The visitors started off strong and took a 9-4 lead after thee minutes of action. Four straight by Mekel made it 11-8, but Nahariya grabbed the momentum, running to 22-12 until Coach Tabak called for a time out. Taylor Rochstie, Yogev Ohayon and Sylven Landesberg scored from downtown to end the period with the score tied at 24.


Landesberg gave Maccabi the lead in the opening seconds of the second quarter, and together with Mbakwe and Ofoegbu made it 34-27 after five minutes. Nahariya responded with a run of their own, closing the gap to two with less than two minutes left in the half. The teams went into the break with the score 39-39.


The score remained close through the first half of the third quarter, with Maccabi leading 47-46 after five minutes. The lead changed hands multiple times, with neither team able to make two straight shots, until Maccabi opened up a small lead thanks to points by Landesberg; 56-51 going into the final period,


Landesberg opened the fourth quarter with a triple on the right wing, then added two from the charity stripe to make it 61-55 after three minutes. A dunk by Itay Segev and points from outside the arc by Rochestie made it 67-59 with four and a half minutes left in the game. Rochestie with two more treys, and Ofoegbu with a bucket (assist Segev) and one opened up the yellows' lead to 76-59 with two minutes left. Nahariya managed a last ditch run after a Mekel to Segev oop, but it was too little too late, and Maccabi FOX Tel Aviv defeated Ironi Nahariya 78-66.