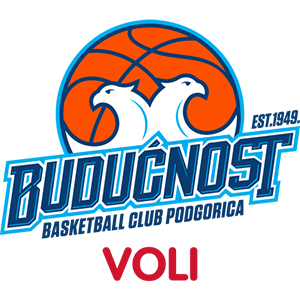 The yellows struggled from deep throughout the first half but managed to shoot the lights out in the second to secure their sixth win of the season. Scottie (16P) led four scorers in double digits

09/01/2019
HOME · News Archive · Maccabi grabs 81:76 home win over Buducnost
Wanting to keep their playoff dreams alive coach Sfairopoulos' squad faced Buducnost who were reinforced with the yellow ex Norris Cole. Having their sights locked on winning the game Maccabi knew exactly what needs to be done, however it was Norris who felt right back at home as helped his team control the rhythm, the yellow and blue squad struggled from deep in the first half but managed to stay close as they trailed 34:37 at halftime. In the second half the locals made it rain from deep completing the comeback and eventually securing the 81:76 home win improving their record to 6:11.

Coach Sfairopoulos' starting five: Scottie, Kane, Caloiaro, O'Bryant and Tyus. Cole gave the visitors the early 6:0 lead but Kane and Tyus reacted for Maccabi. Cole was the man for Buducnost as he made it 4:10. Clark completed the three point play increasing the visitors' lead to 8:16. Black capitalized at the end of the first scoring four free throws to bring Maccabi closer to Buducnost (12:18).

The squad in yellow and blue were poised as they trimmed the visitors' lead (16:20). Cole and Clark completed a 5:0 run to put their team ahead 18:25 but Maccabi's offense found its rhythm to make it a one possession game. With just under a minute remaining in the second quarter Wilbekin tied the game with a floater (32:32). Cole finished the second quarter strong scoring six points enroute of a 34:37 lead at halftime.
Both teams traded blows at the beginning of the third with Maccabi being the ones to capitalize (41:41). Bell and Clark scored to put Buducnost ahead 46:50, but Black and Ray kept the hosts within a striking distance (51:53). John-Di's deep dagger gave Maccabi the 56:53 lead forcing coach Repesa to call for a timeout. John-Di scored from deep again but Buducnost finished the third quarter with a 5:0 run having the 59:60 lead going into the fourth quarter.

Cole and Bitadze kept their team ahead 61:64 but Wilbekin and Kane completed the yellow and blue comeback taking the 66:64 lead. Zoosman and Johnny scored back to back threes to increase Maccabi's lead to 72:68. Scottie added a three of his own forcing coach Repesa to call for a timeout with the scoreboard showing 75:68.  Buducnost refused to say die as they climbed all the way back to 79:76 but Wilbekin secured the 81:76 win from the free throw line.