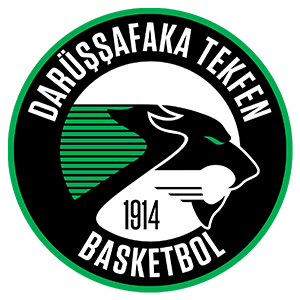 The yellows imposed their will throughout the game as they claimed the crucial home win against Darussafaka. Tarik Black (17P & 8R) received MVP honors

28/02/2019
HOME · News Archive · Black's dominance leads Maccabi to a 77:58 home win
Wanting to keep their playoff quest alive and kicking Maccabi FOX Tel Aviv faced Darussafaka in the EuroLeague's 24th round. The hosts started the game firing on all cylinders with Black leading the way enroute of an early double digit lead the visitors tried to react but the squad in yellow and blue controlled the tempo throughout the game as they secured the 77:58 home win improving their record to 11:13.

Coach Sfairopoulos' starting five: Wilbekin, Kane, Caloiaro, O'Bryant and Black. Black was the first to score in the game as the yellows started the game thundering enroute of a 9:0 lead. Evans scored six points to bring the visitors closer to Maccabi (12:8). Black continued to dominate on both ends of the court and alongside Cohen the two big man led the yellows to an 18:10 lead at the end of the first quarter.

Evans and Roll traded blows at the beginning of the second quarter with Maccabi being the side to capitalize forcing Darussafaka to call for a timeout with the scoreboard showing 25:14. John-Di stepped into the game and immediately made his presence felt increasing Maccabi's lead to 35:18. Peiners scored from deep but Roll was the last to score in the first half with the yellows having the 38:23 lead.

Black and Kane increased Maccabi's lead at the beginning of the third (46:25).  Savas reacted for the visitors but Johnny answered from deep making it a resounding 49:27 lead. Douglas and Kosut trimmed the yellows' lead to 55:41 forcing coach Sfairopoulos to call for a timeout. Cohen and Kane capitalized from the free throw line to finish the third quarter ahead 57:41.

Tyus was the man for the yellows as he could not be denied enroute of a 61:41 lead. Kosut and Kidd scored to give Dacka a fighting chance but Kane and Tyus crushed the visitors' hopes for a comeback (69:51). The yellows went on to complete an 8:2 run claiming the 77:58 home win with Avdija being the last one to score in the game from deep.