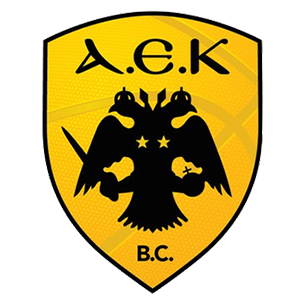 AEK imposed their will early in the game, Maccabi made a comeback in the fourth but the game went to overtime where AEK ended up getting the 95:99 win Pargo finished with 28P&7A Deni Avdija 16P&6R, Angelo added 13P&8R

16/09/2018
HOME · News Archive · AEK grabs the 95:99 overtime win over Maccabi
The last game day of the OPAP tournament started off with Maccabi against the yet to be defeated (in the tournament) AEK Athens. AEK imposed their will early on in the game but Spahija's squad remained poised as they managed to complete the comeback early in the fourth, the game went down to the wire and at the of the 40th minute the was tied. AEK took control right from the beginning of the extra time, Maccabi didn't give up but ended up falling short to AEK who got the 95:99 W.
Coach Spahija's starting five: Pargo, Kane, Avdija, Caloiaro and O'Bryant.  Avdija was the first to score for Maccabi but AEK were the ones to get the early edge (5:9). Hunter's dunk gave AEK the 9:14 lead forcing coach Spahija to call for a timeout. Ray scored a three pointer but AEK reacted with 11 as they increased their lead to 12:25. Tyus scored five points but AEK had the final say in the first quarter having the 17:29 lead.
Caloiaro and Ray scored for Maccabi at the beginning of the second quarter but AEK managed to stay ahead in double digits after a three pointer by Giannopoulos (22:33). Angelo scored a corner three and then capitalized on a well-executed full court press with a dunk (27:33) forcing coach Banchi to call for a timeout. Tsalmpouris made it double digits again for AEK but a resolute squad in yellow and blue made it a single digit deficit at halftime (39:47).
AEK started the third quarter with a 6:0 run (39:53) forcing coach Spahija to call for a timeout, Pargo and O'Bryant scored back to back threes but Hunter made sure that AEK will remain ahead in double digits (47:62). O'Bryant and Kane completed a 5:0 run as Coach Banchi called for a timeout with just four minutes remaining in the third quarter (52:62). Caloiaro and Pargo continued the yellow comeback attempt as they trimmed AEK's lead to 61:65 with under a minute remaining in the third quarter, but Moraitis had the final say for AEK with a buzzer beating three pointer as AEK enters the fourth quarter ahead 61:68.
Pargo started the fourth quarter with eight points and a beautiful dish to Avdija to complete the comeback early in the fourth (71:68), Malcolm tied the game but Avdija converted an offensive rebound to an easy layup (73:71). Sakota tied the game (77:77) with just over three minutes remaining in the game. Kane and Tyus gave Maccabi the 81:77 lead but Griffin gave the lead back to AEK (81:83). Pargo scored from way downtown to put Maccabi ahead with under a minute left in the game, but Griffin tied the game again from the free throw line with 27.8 seconds remaining in the game. Both teams missed their chance to capitalize as the game went to overtime.
Griffin and Sakota gave AEK the 84:88 lead early in the overtime, Maciulis scored a corner three to make it 85:93 but Pargo and Tyus kept Maccabi in the game (89:93). Maciulis scored another three pointer to give AEK the 89:96 lead, Maccabi didn't say die and got back to 94:96 but Griffin completed a three point play from which the yellows couldn't bounce back short as AEK got the 95:99 W.