With the NBA Finals series being moments away from its tipoff, here are five focal points from Maccabi's previous encounters against teams from the best league in the world and the milestones achieved along the way

31/05/2018
HOME · History · An Ongoing Series
Over the years Maccabi Tel Aviv has created an impressive tradition of preseason games against NBA teams. No less than 22 times the yellows have faced teams and superstars from the best league in the world. Maccabi won five games including the first four, and in some of the games lost they were more than a worthy opponent.

The tradition started on September 7th 1978, where Maccabi was honored to be the first ever European team to play against an NBA team in an official game, the game was against non-other than the NBA champs – the Washington Bullets. Despite the fact that no one really gave Maccabi a chance, Lou Silver said that: "the Bullets should expect a few surprises".

And so it was, 10,000 fans at the Yad Eliyahu arena witnessed the Israeli champs in their new uniforms beating the Washington Bullets 98:97 thanks to great minutes by Mickey Berkovich and Moti Aroesti. The young Berkovich finished the game with 26P, Aulcie Perry added 17P and Jim Boatwright scored 16P. 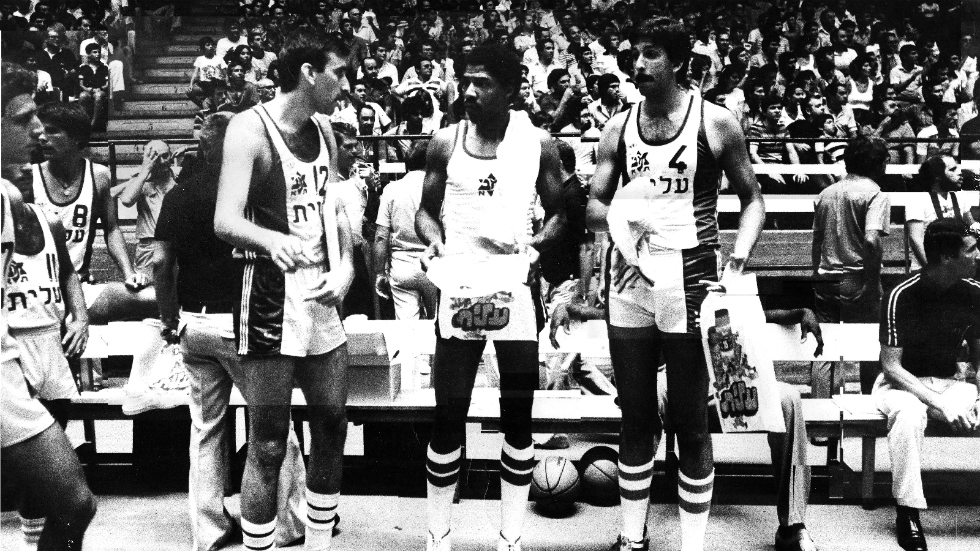 In the summer of 1981, an NBA star packed team assembled by the most famous doctor in the world, Dr. J (Philadelphia's Julius Erving) came to Tel Aviv to play against Maccabi. The doctor's team featured mega stars such as Moses Malone and Michael B Richardson. To even up the playing field, Dr. J played with Maccabi in the first half of the game (which ended with Maccabi trailing 60:62); however in the second half with Dr. J joining his assembled team, Maccabi stepped up enroute of a 114:112 win. Jack Zimmerman finished the game as the top scorer with 28P, Berkovich added 20P and Howard "Howie" Lassoff had 18P.

During August 1984, the city of Tel Aviv held a tournament at the Yad Eliyahu arena featuring Maccabi Tel Aviv, Hapoel Tel Aviv, the New Jersey Nets and the Phoenix Suns. The first game of the tournament was between Maccabi Tel Aviv and the New Jersey Nets. On the Nets' roster: Michael B. Richardson, Albert King and Frank Brickowski who played for Maccabi in the previous year.

The yellows introduced two new foreign players, players that will forever be remembered by the fans: Kevin Magee and Lee Johnson. Maccabi opened strong and got the 104:97 win with Johnson showcasing his offensive talent with 37P, Berkovich added 27 and McGee 23. 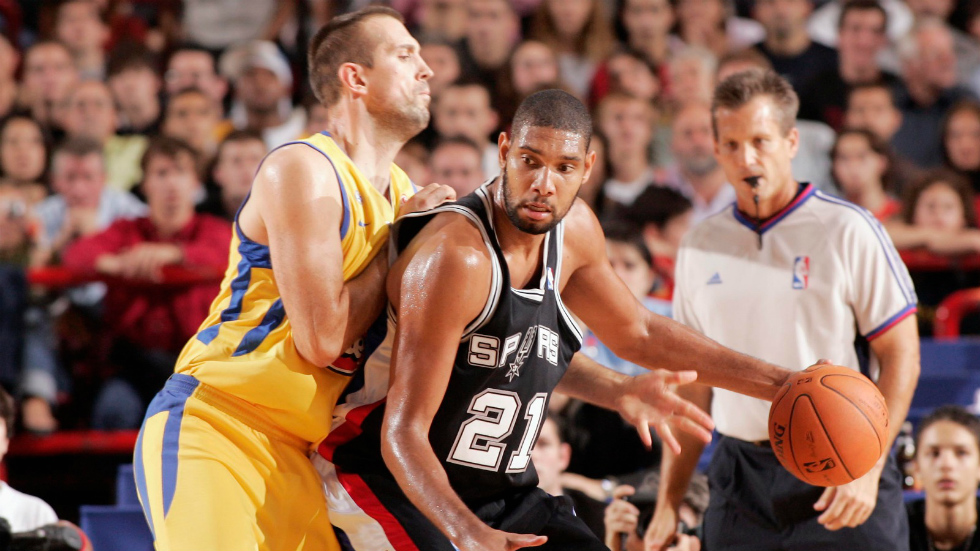 The original plan was that both NBA teams will face each other in the finals, but Maccabi's win stirred everything up, as a result, in the next day Maccabi hosted Phoenix who previously defeated Hapoel Tel Aviv. Kevin McGee proved to the Suns' management that they've made a big mistake deciding not to sign him the year before as he finished the game with 36 points and 17 rebounds.

Maccabi got the Impressive 113:98 win over Phoenix and its superstar Larry Nance who was the first ever NBA dunk contest champion, Johnson excelled as well with 28P and Berkovich added 20P as the yellows surprisingly won the tournament.

On October 9th 1988, Maccabi faced for the first time an NBA team on American soil. The hosts were the Philadelphia 76ers and their superstar Charles Barkley. The sixers had the 62:48 lead at halftime, but Maccabi managed to take the 104:107 lead thanks to an amazing fourth quarter with only one minute left in the game. Maccabi weren't able to score until the end of the game, Barkley gave the 108:107 win to the sixers after making his free throws due to a foul that was called against Mercer who to this day swears that he didn't foul. After the game Philly's owner showed interest in Maccabi's Doron Jamchy who scored 32 points. Mercer had20P and Barlow added 19, Sir Charles scored 22 for the sixers. 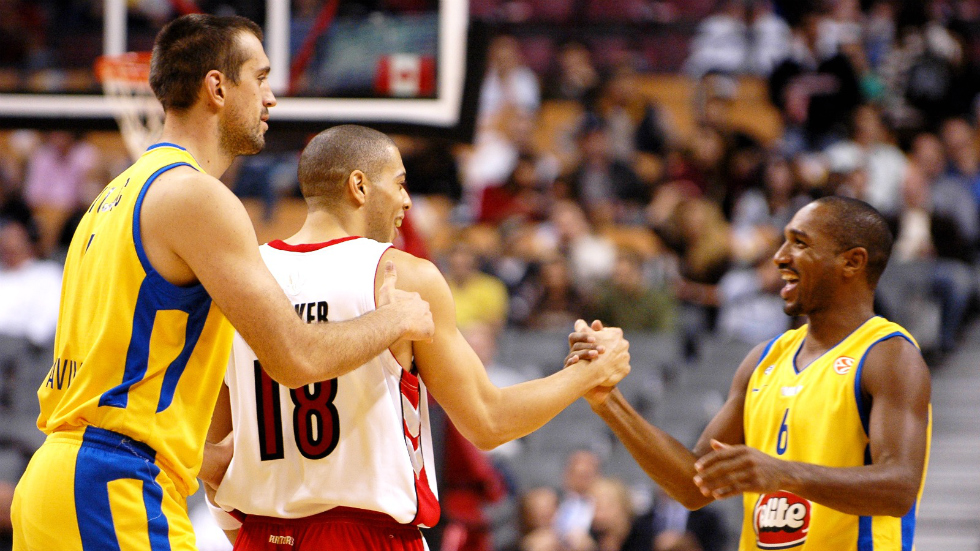 When Magic made the nation go wild

In 1993, Maccabi renewed its tradition after a short break as they hosted a superstar packed team assembled by Magic Johnson who just won an Olympic gold medal with the dream team in Barcelona 1992, and was also forced to retire from the NBA after testing positive to the HIV virus. The superstar brought Bob McAdoo who was well known to the yellow fans that saw him play for Milano.

Magic's arrival generated a lot of excitement, and Maccabi's arena that was sold out filled with 10,000 fans that came to witness the "Magician" and also needed a few good minutes to relax after Maccabi's mythological announcer Rafi Ginat said his name.

That night Maccabi had the 57:49 lead, but Magic almost single handedly led his team to an 82:87 victory scoring 26P. The legendary point guard, who stunned the world just two years prior with the announcement that he tested positive to the HIV virus, climbed on a chair at the end of the game took the microphone and addressed the fans: "I thank you, this is a beautiful country with great people. Me and my family thank you for all of your prayers for me, let's have it for Maccabi Tel Aviv!!!!" Jamchy led Maccabi's scorers with 26 points, Mercer added 21. 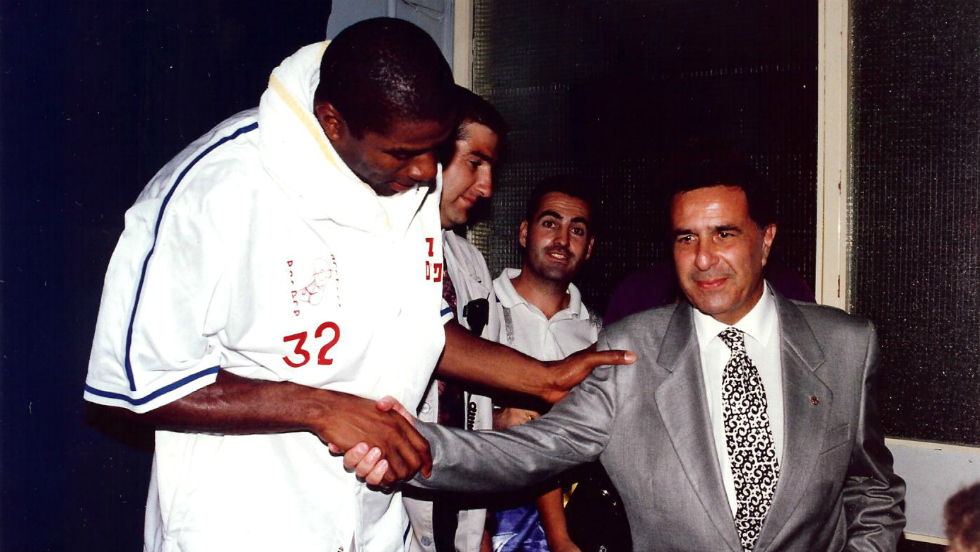 Toronto, how you doing?

With six years passing since Maccabi's last encounter with NBA teams, the yellows travelled overseas in 2005 to face both the Toronto Raptors and the Orlando Magic. The first game of the then EuroLeague reigning champs was played in front of 17,000 fans who witnessed a new chapter in the history of basketball as Maccabi got the win over the Toronto Raptors at the "Air Canada center", thus becoming the first ever European team to beat an NBA team on a North American soil.

With 19 seconds left in the game as the scoreboard was showing a tie (103:103), Anthony Parker drained a perfect fade away jumper to give Maccabi the 103:105 win. To this day many believe that this basket secured Parker's return to the NBA as he signed with the Raptors the following year. AP led the scoring table with 24P, Nikola Vujcic added 21P and Will Solomon had 15P. Three days later the yellows faced Orlando who had the upper hand (93:79). 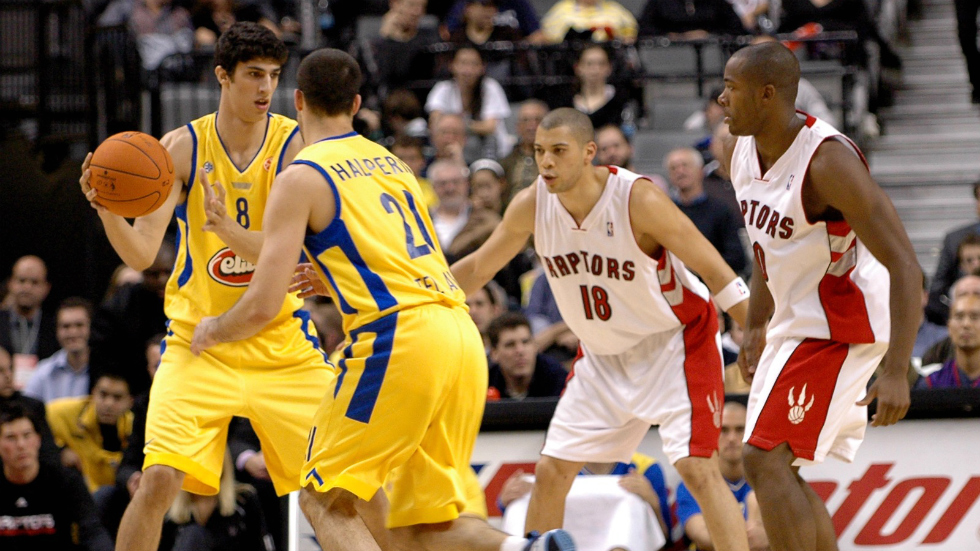 Maccabi played its first game ever at the Madison Square Garden or "The Mecca of Basketball" as Michael Jordan called it. Maccabi may have lost to the New York Nicks 112:85 (Cummings and Fizer scored 21 & 18 accordingly for the yellows). This was the first time ever that the Nicks had a sold out crowd in a preseason game – 19,763 fans. 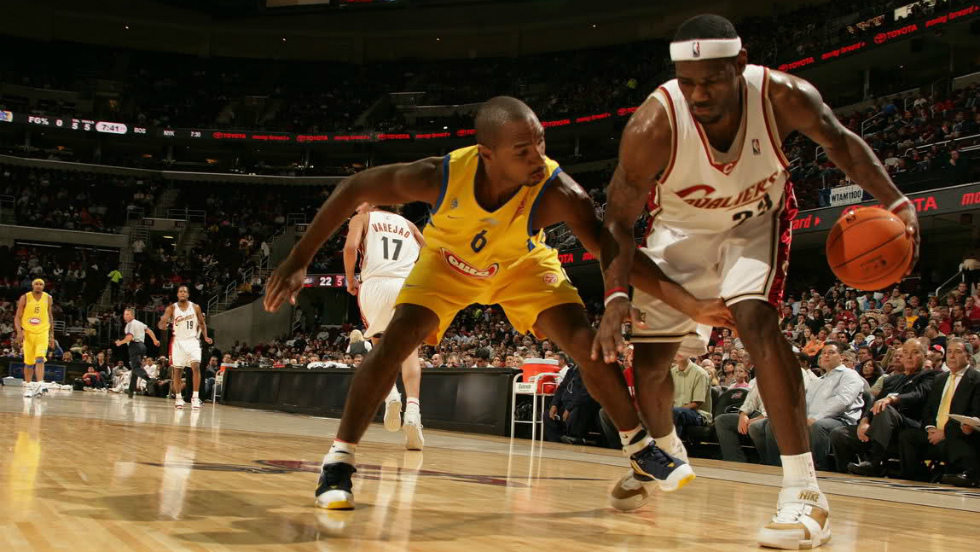