A Mega Star, a local icon and a household name. Aulcie Perry celebrates his 69th birthday receiving compliments from the boss and with talking about the club's youth department: "Looking for kids seeking to get better"

Since arriving to Israel Aulcie Perry made a name for himself and it didn't take long for the yellow nation as well as for the entire country to fall in love with the big guy who measured in 2.08CM in an era where players of such height were scarce in the old continent. Aulcie Perry played a big role in the rise of the yellow empire in a continental magnitude, and that's exactly how the parents of the young players remember him.

Perry has been through a lot before he was offered to come back home, to Maccabi where a loving hug and a second chance were waiting. In recent years the legendary center has been working in the club's youth department sharing his wisdom and experience with the next generation.

"Aulcie is coaching a youth team in the club" says Maccabi's ex-player Alon Ben Zaken who is currently the youth department and Maccabi's basketball school manager. "He is coaching the teams and running practices 3-4 times a week while working with another coach simultaneously. He is a part of us".

What kind of feedbacks do you get from the parents?
"Amazing feedbacks, they always talk about the time I played for Maccabi. For example, last year we had a rough start for the season, we didn't win and when the w's came the parents were happy more than anyone else".

What do you like the most about working with the next generation?
"Adults think they know it all, but the kids they love to learn and that's incredible".

So what do you try to teach them?
"Passion for the game, what it takes to become a winner, to believe in yourself. Like our team, we were passionate. I'm looking for kids seeking to get better. We won two championships with youth teams that I've worked with and the guys that are starting here know that and they try to follow the footsteps of the championship winning teams". 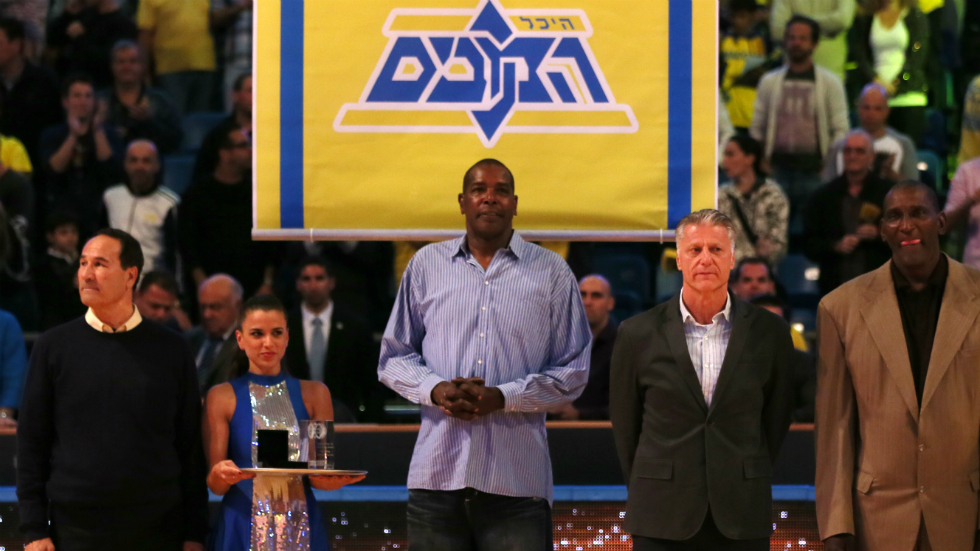 A former player who also was a mega star over the age of 65 is not the typical\classic profile of a basketball youth coach in Israel. Weird? Perhaps. In the youth department we see the advantages of having him, "Aulcie brings experience" says Ben Zaken. "He teaches a lot about how to work as a pro and how to prepare yourself to games".

"He is a very convenient person who respects everyone and is also a listener. Aulcie is a person who always wants to learn, and he is very quiet" added the youth department manager who clarifies: "He is a legend. He's a role model to the parents who tell their children all about him, it is a key component in motivating the kids to join in and to get better".

Aulcie Perry is without a doubt one of Israel's all-time greats, he wore the yellow and blue jersey for nine seasons during which winning two European championships (1977 & 1981) and the intercontinental cup.

He played in the Israeli league for seven seasons winning 7 championships and 6 state cups. Till this day he is ranked 4th in Maccabi's all-time scoring list in Europe (with 2077 points) and 12th in the domestic league all-time scoring list (with 2171 points). Today Aulcie celebrates his 69th birthday here, at home, with Maccabi.