"We played as a team, we deserve to win"

The Yellow & Blue celebrated the series win and clinching a Final Four ticket. Sfairopoulos: "Everybody was ready to fight tonight, including me. I want to congratulate our players, we showed our spirit tonight"

Maccabi FOX Tel Aviv came into Game 3 of the Israeli "Winner" League quarterfinals against Hapoel Tel Aviv in a tight spot playing without Scottie Wilbekin (ejected), Yovel Zoosman, Quincy Acy and Elijah Bryant who were out due to injuries.

The Yellow & Blue took an early double-digit advantage, the Reds completed their comeback, but the Israeli champions pushed on all of the right buttons passing by Hapoel, 83:68, and a 2:1 series win. After clinching to the Final Four, Maccabi will meet Hapoel Gilboa/Galil on Sunday for a ticket to the finals.

"I want to congratulate our players, we had great fighting spirit although all of these absences, we showed our spirit and we deserve to win", Said head coach Giannis Sfairopoulos in his postgame press conference. "We had the lead for most of the game, we were in control really good, but it wasn't. We played as a team starting from the good defense, and we played smart offensively".

"Everybody was ready to fight tonight, including me", added Sfairopoulos, preparing for this game. "I'm reminding you Tyler was quarantined and for 10 days he didn't practice, it's normal not to be in good shape, but tonight he did a great job, he showed up when we needed him. But it's a team game, and I don't want to speak only about one player, Everybody did a great job they were focused, determined, and they fought really hard to win this game. That's why I'm really proud". 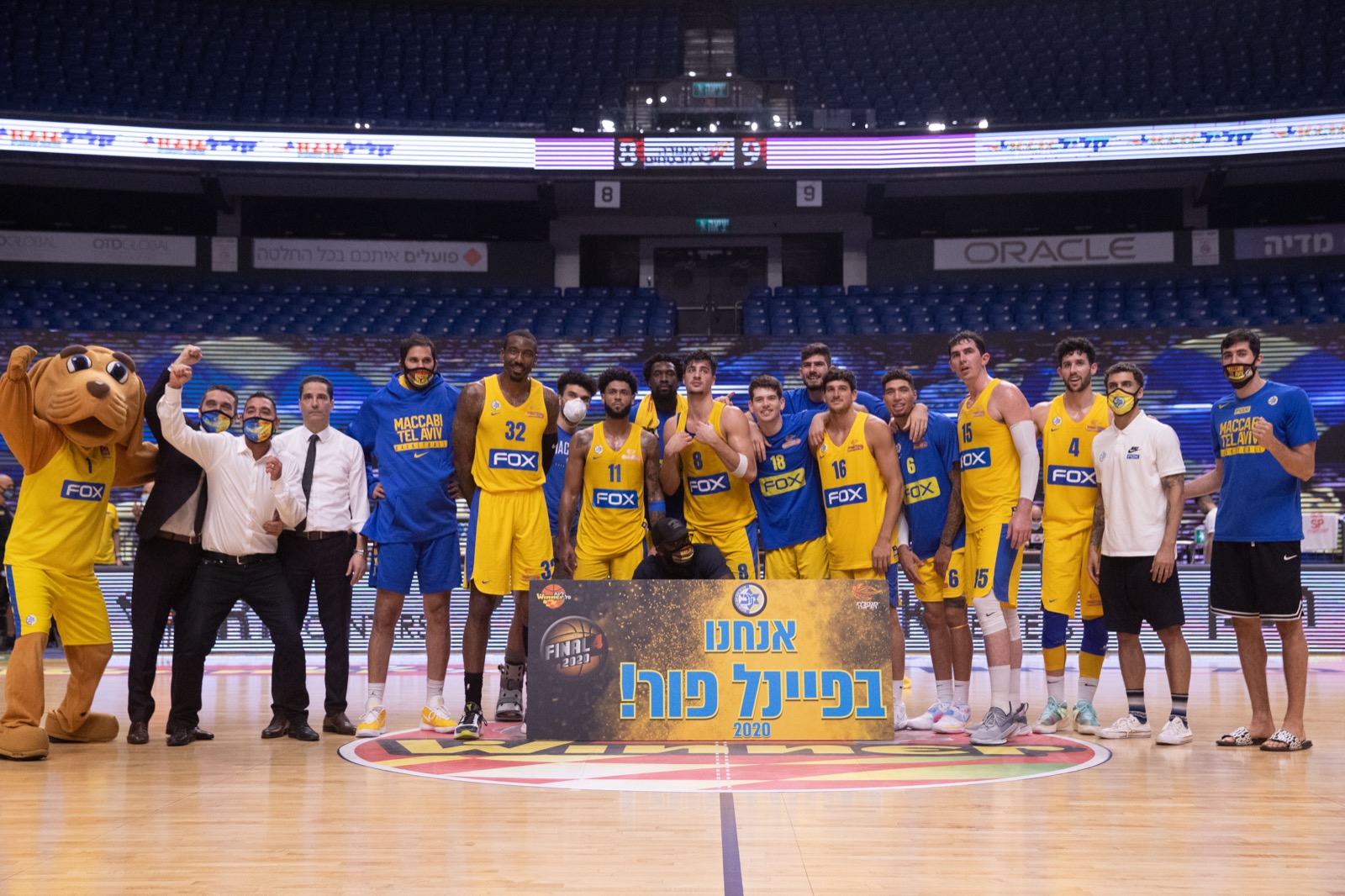 "We were down a couple of men, so I knew that I have some pressure on my shoulders, but I like pressure", Said Game 3 MVP Tyler Dorsey after clinching a Final Four spot. "It was a team effort tonight, Everybody stepped up, and every little minute that every guy played tonight was important for us. This was a loser goes home game, so no matter who was on the court, we knew we got to play hard, finish it and win and we found a way to do it tonight".

"We feel their support all the time, Maccabi has the best fans, and we want to control the city", Told Dorsey about the fan's support through these tough times. "We are going to be prepared, we got to keep that history going, and we can't lose as simple as that. We want the ring, and that's our only goal, we have to find a way no matter how it looks".