"These types of games are what we live for"

The Yellow & Blue summarized the home win as Sfairopoulos explained about his team's courage: "We fought with all of our effort to win". Dorsey about his performance: "I caught the hot hand early and just continued to apply pressure"

Maccabi Playtika Tel Aviv earned a vital home victory on Thursday, defeating Real Madrid 86:84 in a tight clash between two of the top clubs in Europe that dueled head to head all the way down to the wire. The dramatic victory improved Giannis Sfairopoulos's EuroLeague record to 10:11, as Tyler Dorsey, who came off the bench and straight away caught the hot hand, concluded a heroic night with a career-high 30 points, leading the Yellow & Blue to their second consecutive win in Menora Mivtachim Arena.

The first quarter didn't go as Sfairopoulos and his squad planned, but a 13:0 run to start the second quarter shifted the momentum and forced the game wide open. Dorsey connected 11 of 14 shots from the field, including two clutch shots in the final minute of regulation, totaling 36 PIR. Another bench piece that provided vital minutes was Othello Hunter, who scored 11 points, while Dragan Bender (9 points) and Scottie Wilbekin, who facilitated the ball tonight, dishing 8 assists and scoring 9 points, showed that Maccabi has much more left in the tank for the rest of season.

"After the first period in which we didn't play well defensively, we tightened it up and played much better, stopping Real on 13 points in the second quarter, which was the key for our comeback", Said head coach Giannis Sfairopoulos after the win. "In the second half, we fought with all of our effort to win the game, and we deserve the win with the way we played tonight, although the result was close until the end".

The MVP of the win, Tyler Dorsey, who scored his 500th EuroLeague point, spoke about his career night: "I just stayed aggressive, and that's it. I caught the hot hand early and just continued to apply pressure like that. It's a good, hard-fought win. We needed this win going into the double-week next week. I'm never satisfied with what I do, and we have to continue to keep fighting and try to climb back up into the playoffs. There's a long couple of months left before then, so we've just got to continue and keep fighting defensively". 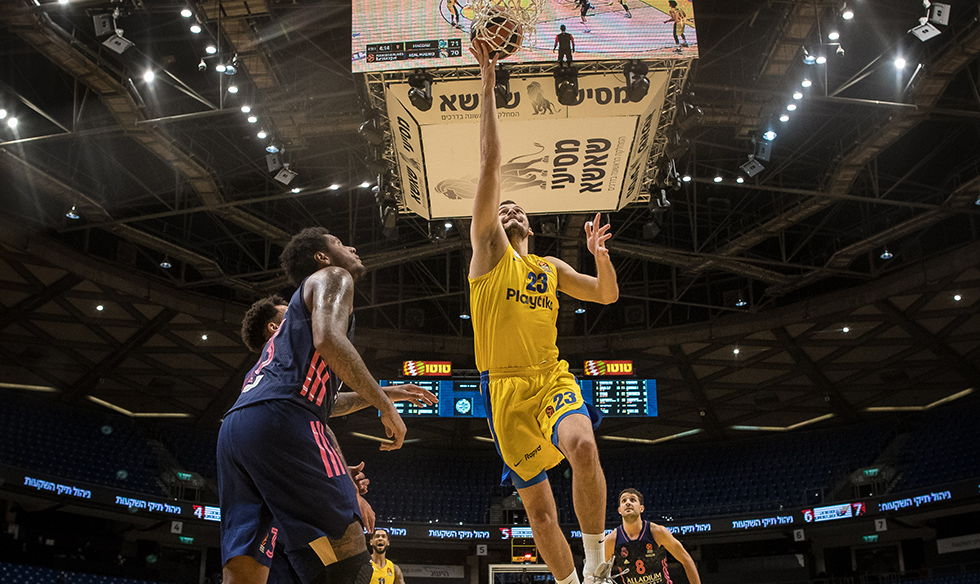 "I think we came out a little flat in the first quarter and allowed them to play their style of basketball. Once we figured out what they wanted on the offensive end in the second quarter and ramped it up defensively, it was better for us", Added Dragan Bender about what changed after the first quarter. "These types of games are what we live for, and luckily, in the end, it went our way. I'm happy with how the team performed and how each of us fought until the end".

The Yellow & Blue captain, John DiBartolomeo, spoke about the head to head matchup against Madrid: "Both teams played at a high level, two historic teams in the EuroLeague, and whenever we play, we have some great games. A lot of guys made plays, we started to play good defense in the second quarter, and we were able to build some momentum to get back in the game. Changing the energy and the focus defensively helped us hit some shots on offense, which fed our energy".