Guard
Born:
12/05/1998
Season:
Nation:
Israel
Height:
2.00
Pos:
Guard
Zoosman led the Israeli Under-20 team to a gold medal at the 2018 FIBA Europe Under-20 Championship. He finished the tournament averaging 14.4 points, 4.7 rebounds, 3.6 assists and 2.3 steals per game. Zoosman was named the Tournament MVP and also earned a spot in the All-Tournament Team, alongside his teammate Deni Avdija.

Zoosman was one of the stars at the U20 national team who won the silver medal at the Eurobasket that was held in Greece earlier this month where he averaged 16.3P (ranked 6th), 5.7R, 1.9S (5th), he finished the championship game with 23P & 7R.

Zoosman a.k.a "Zoos" is a guard who's known for his shooting & rebounding ability as well as his court vision. For years "Zoos" one of the top prospects has been followed by Maccabi who has put a lot of resources in his development, he also enjoyed personal supervision by the club in the last couple of years.
Maccabi Tel Aviv head coach Neven Spahija added: "One of my main goals, which I've set and executed throughout my career was to take personal care off the development of the young domestic players. I'm happy that Yovel will be a part of this year's roster, in which he will have an important role. "Zoos" had a lot of basketball in him and I believe he'll have a bright future which I hope will be with Maccabi"
Playing at the Maccabi academy for two years, Yovel helped leading the Maccabi youth to a perfect 2015/16 season where the youth team has won both the championship and the domestic cup, he then impressed in the EuroLeague youth qualification tournament that was held in Barcelona where he was selected to the tournaments quintet while averaging 18P, 7.5R, 5.2S and 2.7A, while also being registered to the first team simultaneously.
During the 2016/17 season he was loaned to Maccabi Raanana from the second division, his team finished the season as the number one seed while he was averaging 11.7P (41% for 3p), 3.6R, 2.3A and 1.8S. During the season Yovel enjoyed the guidance and supervision with Veljko Perovic and Regev fanan as well as personal training, all of which was collaborated with Raanana's head coach Barak Peleg.

On January 11, 2019, Zoosman recorded a EuroLeague career-high of 15 points, shooting 6-of-6 from the field, to go along with six rebounds and two steals, in a 93–76 win over CSKA Moscow. On January 31, 2019, Zoosman was named the Israeli Player of the Month, for games played in January. Zoosman helped Maccabi win the 2019 Israeli League Championship, winning his second straight Israeli League title in the process.
Yovel, a permanent tenant of the Israeli national teams was a member of the Cadet team in 2014 who qualified to the top tier competition for national teams, he's done the same thing in 2015 with the youth national team. In the summer of 2016 he played for the U18 national team where he averaged 15.5P (9th in the tournament), 8.8R (8th), 3.8S (2nd) and 3.2A. 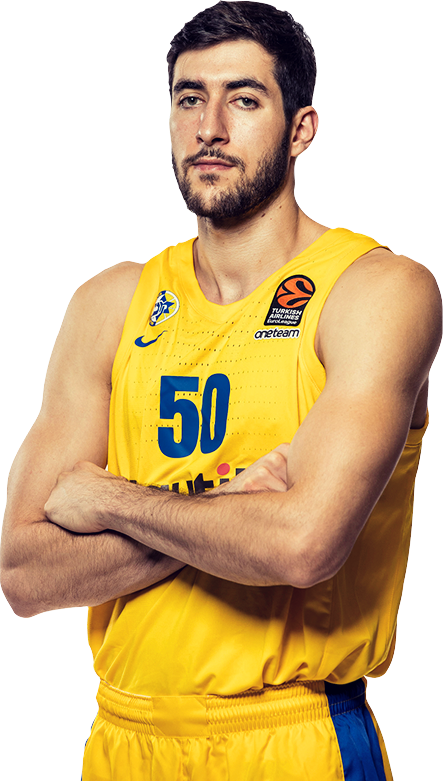