Guard
Born:
20/06/1991
Season:
Nation:
Israel
Height:
1.83
Pos:
Guard
John is an agile combo guard who plays hard at both ends of the court with great character, who enjoys great shooting from all ranges and can create both for himself and for his teammates.

He joined Maccabi Haifa in the summer of 2015, and the 2016/17 campaign was his breakout season where he stepped up and putted career high numbers as he became one of the hottest name in the domestic league.

His season high's includes: 35P with a 45 PIR against Hapoel Eilat, 22.5 per playoff game vs Hapoel Holon, and was a standout in the F4 semis vs Maccabi Tel Aviv as he led his team while scoring 19P in the second half.

On October 22, 2018, DiBartolomeo recorded a season-high 22 points, shooting 6-of-13 from the field, along with seven rebounds and two assists in a 66–64 win over Hapoel Be'er Sheva. On November 1, 2018, DiBartolomeo was named Israeli League Player of the Month after averaging 17.3 points, 4.8 rebounds, 2.8 assists and 1.5 steals in four games played in October. On June 13, 2019, DiBartolomeo led Maccabi to their 53rd Israeli League title after defeating Maccabi Rishon LeZion 89–75 in the Final, scoring 15 points by playing 18 minutes off the bench. DiBartolomeo was named the Final Four MVP. 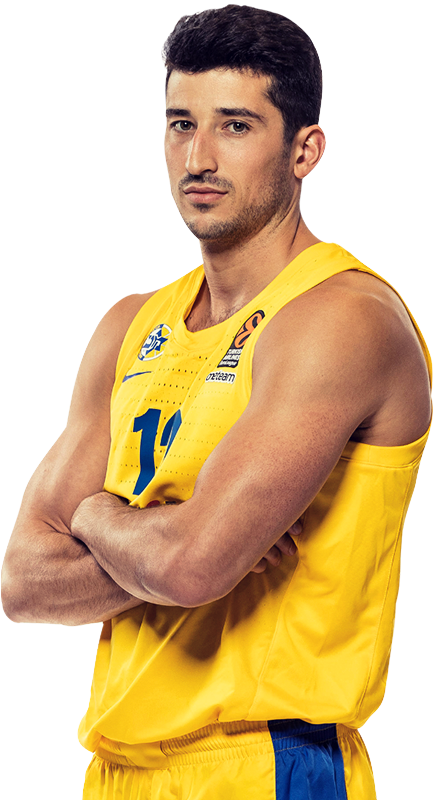