Forward/Center
Born:
22/07/1994
Season:
1
Nation:
Israel
Height:
2.06
Pos:
Forward/Center
Timothy Joseph Cline grew up in an athletic family and is the son of Tim Cline and former United States basketball player, coach and broadcaster Nancy Lieberman, the Hall of Fame member and the first woman to coach a professional men's basketball team in America. Cline is a tall player who knows how to handle the ball and also poses a threat from downtown. He's capable of playing positions 3 to 5, and shows good abilities on defense along with a splendid court vision for a big.

Cline began his playing carerr in college for Niagara and Richmond, where he was selected as the Atlantic-10 Player of the Year in his senior season, and received a Honorable Mention in AP's All-American list. After his college career ended, he crossed the ocean to Europe and signed for Glatasaray in the summer of 2017. He left the Turkish outfit in the midst of the season to join Hapoel Holon, where he played three seasons and played a pivotal role in one of the leagues best teams.

In the summer of 2020, Cline opted to move to Italy and signed for Brescia. He Joined Maccabi on January 2021 after taking part in 13 league games with the Brescia uniform in which he scored 11.6 points, picked up 4.4 rebounds and delivered 2.4 assists (12 PIR) in an average of 22 minutes per evening. In the EuroCup he contributed 10.4 points, 4.7 rebounds and 1.4 assists. 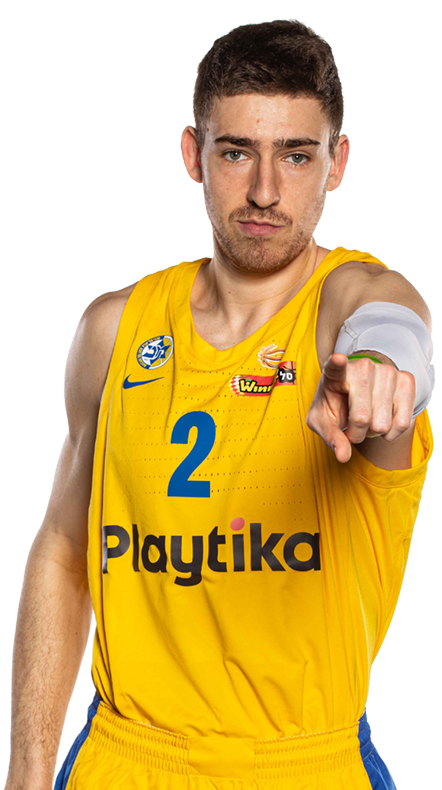