Winning three straight since the resumption of the league, the first ranked club heads on the road to face Goodes's squad in the wine city. The minor roster change and the head to head record in league play

Maccabi FOX Tel Aviv will head out on Thursday to Beit Maccabi to compete against Maccabi Rishon Le' Zion as part of the top group stage (21:15, live on Sport5 - channel 55). The Yellow & Blue hold a perfect record at home while winning all three of their matchups following the Corona break, carrying a three-game edge over Hapoel Jerusalem.

On the other end, Quincy Acy (strain) and Fredric Bourdillon (partial hamstring tear) won't be available for head coach Giannis Sfairopoulos. "We have an important game against Rishon after our win over Jerusalem", Said head coach Giannis Sfairopoulos before the final practice. "Rishon is a really good team, they played well before the Coronavirus but even better now. They're a very reliable opponent, and we need to be very concentrated".

The all-time head to head record between the two clubs stands at 69 wins to Maccabi (14 straight) as opposed to Rishon LeZion's 8. The teams met twice this season, as Sfairopoulos's squad beat Goodes's side 81:66 on the road and 74:65 in Menora Mivtachim Arena.

The Yellow & Blue tied it up in the final minute but came up short, recording their first loss of the top group. Caloiaro stood out with 20 points, Avdija added 15. Monday: On the road against Holon

The gap at the top of the league table dropped to 2 games, as Maccabi will continue their road trip on Monday facing Hapoel Holon in Ashdod. On Thursday, Sfairopoulos's squad will close out the 3 games away from home against Hapoel Jerusalem for a vital, and exciting match.

Maccabi opened with Scottie Wilbekin, Yovel Zoosman, Deni Avdija, Angelo Caloiaro, and Amar'e Stoudemire in the starting five. Caloiaro and Avdija were in charge of the visitors' first 11 points, 11:9. The oranges went on an 8:0 run, but Wilbekin hit five consecutive points, which cut down the deficit to one, midway through the first, 16:17. Oz Blayzer and Zoosman exchanged buckets, and Niv Baloul ramped the hosts lead up to six; however, Avdija closed out the first ten minutes with a triple, 24:27. 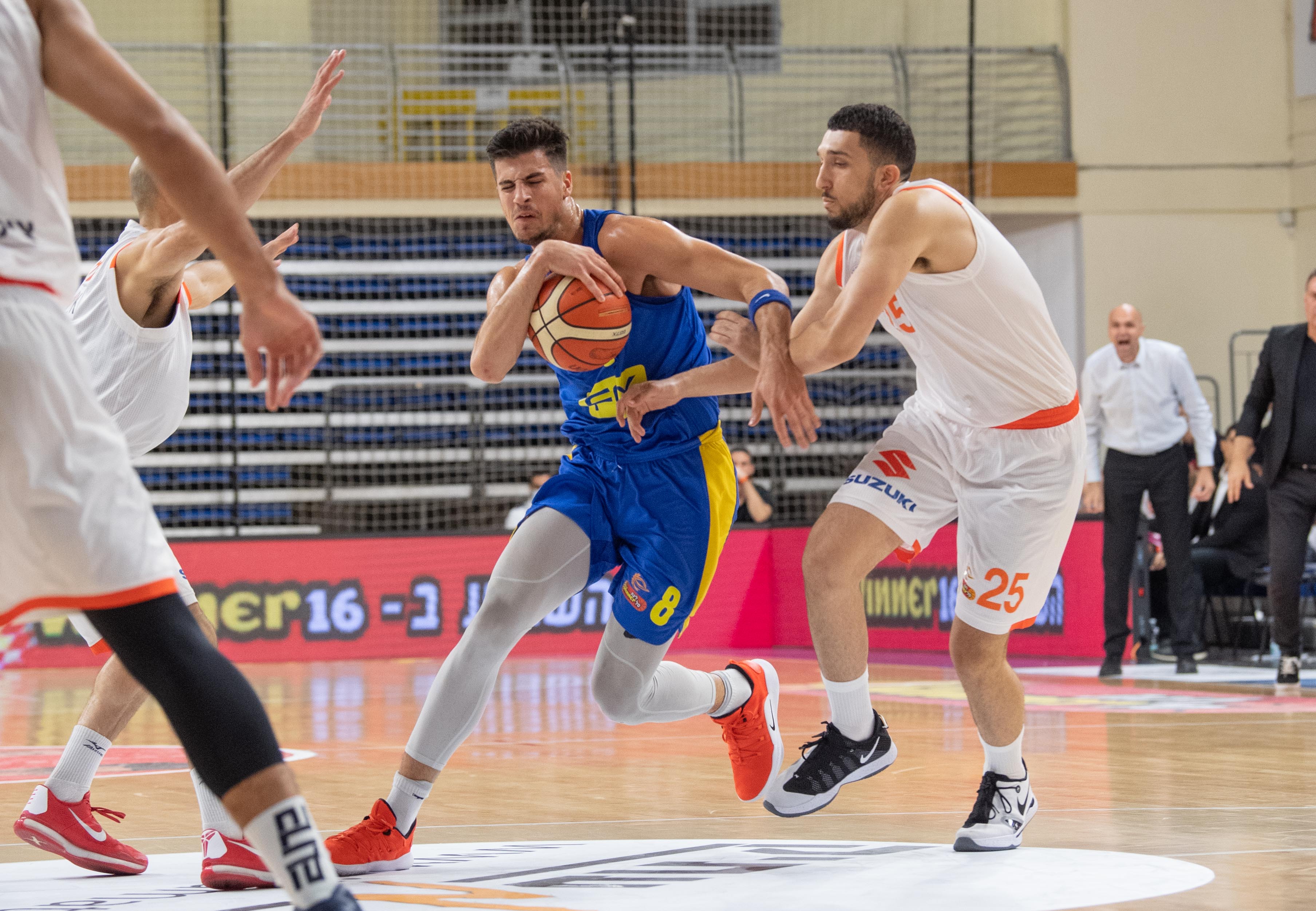 In his first game back from the Corona break, Othello Hunter brought the reigning champions within 1, but Adam Ariel led Rishon to another 8:0 stretch, which increased their lead up to 9, 26:35. Tyler Dorsey and Jake Cohen drained shots from deep, but Nimrod Tishman and Blayzer responded on the other end, 34:43. De'Angelo Harrison extended the hosts' advantage to double digits as Ariel and Blayzer retained an 11 point, 43:54. Zach Hankins notched a three-point play, which helped his team lead by 12 at the half, 45:57.

Noam Dovrat and Harrison maintained the first-half lead as Zoosman, Caloiaro and Stoudemire tried to minimize the double-digit advantage. Still, Darryl Monroe's jump shot set a 59:70 Rishon edge midway through the quarter. The Yellow & Blue improved defensively, forcing the Oranges a couple of turnovers, which allowed Hunter and Dorsey to reduce the deficit down to 6, 66:72. Tishman knocked in 2 free throws, which gave the hosts a 69:77 lead heading to the final 10 minutes.

Harrison extended the lead back to 11, but Caloiaro hit a tough shot as he was fouled for a three-point play and in the next possession, added a layup, which diminished the lead to 6, 76:82. Cohen laid in two more, but Harrison, Blayzer, and Monroe stopped the bleeding as they each hit two free throws, which gave Rishon an 80:88 advantage, 3:16 minutes to the end of regulation. Wilbekin, Avdija, Cohen, and Caloiaro scored on a crucial 8:0 Maccabi run, which tied it up at 88 with less than a minute to go.

Harrison put the Oranges on his back, drawing Avdija's fifth foul as he netted both free throws, 88:90. Dorsey drove beautifully on Monroe to tie it, but with 9 seconds left, Harrison knocked two more shots from the line after Elijah Bryant fouled out, giving the hosts a 90:92 advantage. Wilbekin had a chance to win it from deep, but the shot was offline, Rishon wins 92:90. 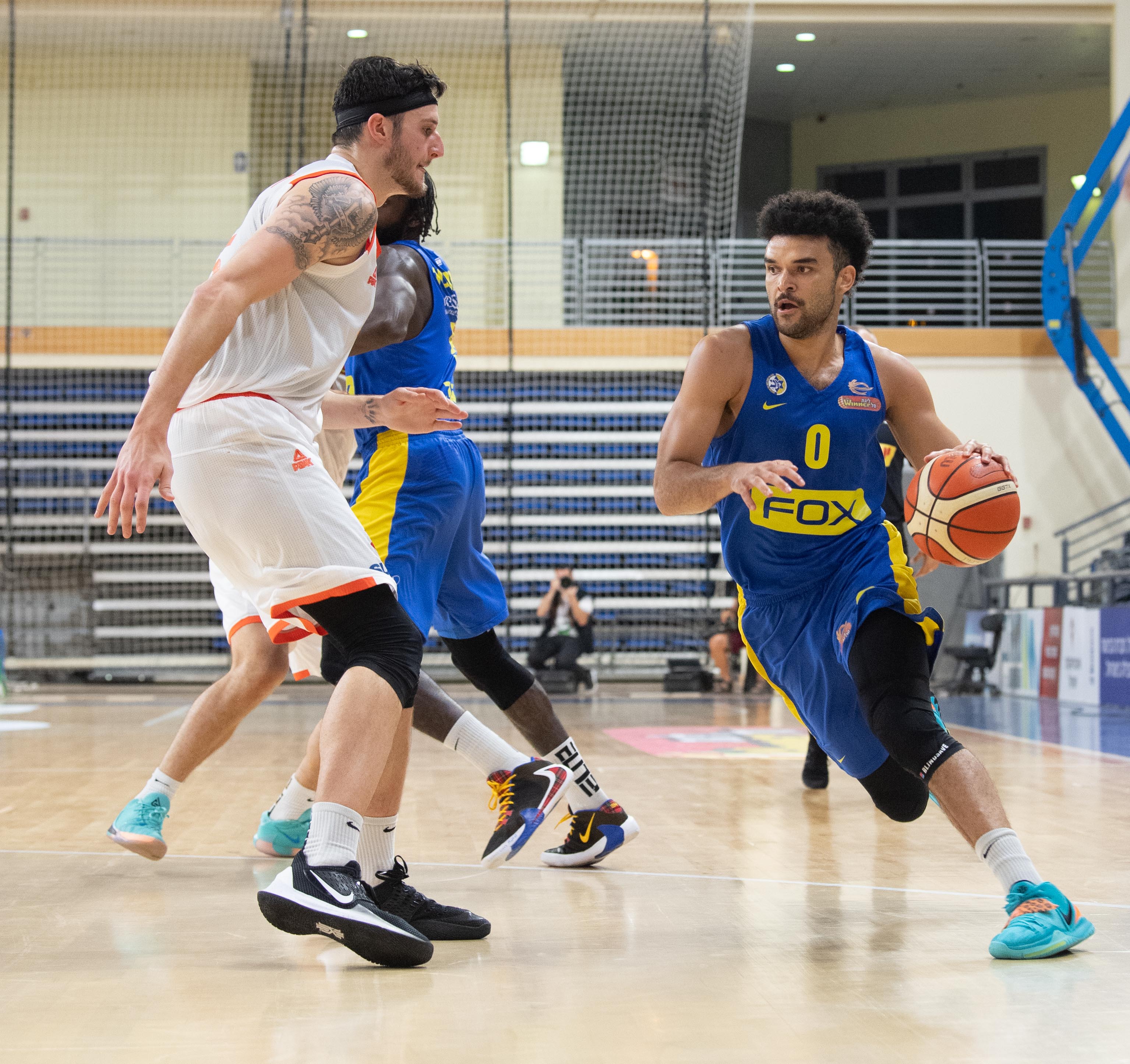