Thursday at 21:00: Maccabi against Zalgiris

The Yellow & Blue host the Lithuanian squad, which is undefeated in four road games this season. Sfairopoulos: "I expect a very tough game, we'll fight for this win with all our power"

Maccabi Playtika Tel Aviv, who won their last two games this week in the Israeli League opener and in the State Cup, returns to EuroLeague action hosting Zalgiris Kaunas in Menora Mivtachim Arena (Thursday, 21:00, live on Sport5 - channel 55). Once again, the Yellow & Blue awaits a challenging task against the top-scoring team and the competition's second-ranked team.

Both teams enter this game with reversed records as Zalgiris comes in a good spot with a 5:2 record while Maccabi ranks 15th with two wins through the first seven season games. Martin Schiller's club overcame Olympiacos, Khimki Moscow, Red Star Belgrade, Anadolu Efes, and Villeurbanne while falling to Valencia and Real Madrid (Maccabi's next opponents).

These teams have a rich history facing one another 17 times since 2000, as Maccabi holds a 16:9 edge over the Lithuanian squad while in Tel Aviv, the Yellow & Blue won 9 of the 13 head to head matchups. In recent seasons, Zalgiris has had the upper hand with four straight wins over Maccabi. 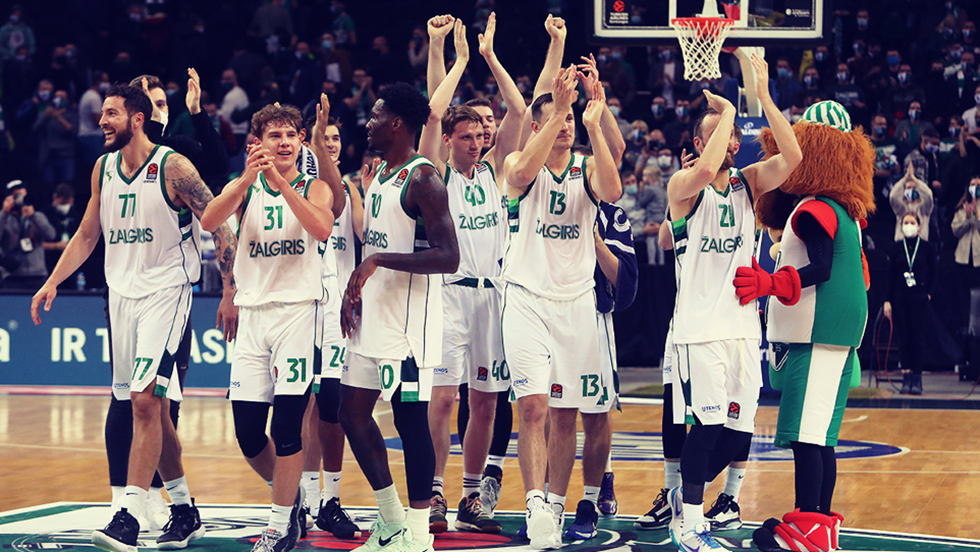 "Tomorrow we have a very important game against Zalgiris, the best offense in the league who've won all of their four road games", Said head coach Giannis Sfairopoulos on his upcoming opponent. "These stats show the quality of their team, and it isn't surprising they're one of the top teams in the standings because they've been playing really well, and at the moment, they are in the best shape out of all of the teams in the EuroLeague".

Keys for victory: "We need to play well defensively, cut down their points, and defend them smartly by reading what they want to do on offense and disorganize their game. Offensively, we need to play smart, attacking their weak spots according to our plan. I expect a very tough game, we'll fight for this win with all our power".

Scottie Wilbekin, who still hasn't beaten Zalgiris under the Yellow & Blue jersey, told in the pregame press conference: "We have to come out aggressive from the beginning and try to maintain that aggressivity for the whole game. We want to be the more aggressive team. We've had this roster for seven games now, so there's nothing new or different, we just have to find a way to win the games we're capable of winning, and we've been capable of winning every game we've played so far. Just a couple of lapses defensively and offensively, so we got to turn those into good spots for us to end up with the W".

"We're going to continue to fight. We're not looking at the standings right now and not paying attention to the wins and losses", Said Chris Jones about the mentally coming into the matchup. "We just got to get better as a team, continue to push ourselves, and work harder every day. I wouldn't say we need this win, but it'll be good for us, especially with them being one of the top teams right now".

Maccabi explodes in win over Zalgiris 85:57

The Yellow & Blue 20:0 run led the path to the impressive overall win over the Lithuanian squad. 5 Maccabi players scored in double figures as Dorsey and Jones led the way with 16 and 15 points, respectively. Bender contributed 11 points

12/11/2020
HOME · News Archive · Maccabi explodes in win over Zalgiris 85:57
Maccabi Playtika Tel Aviv completed a perfect week with its best game of the season, beating the best offensive team in the EuroLeague Zalgiris Kaunas 85:57. The Yellow & Blue stuttered in the first couple of minutes but exploded all over the Greens, stopping them defensively on six scoreless minutes between the first and second quarter, while totaling 20 unanswered points. The hosts led by 30 points at halftime (53:23), which didn't leave much chance for the Lithuanian squad.

Vastoria lobbed an alley-oop to Lauvergne, who slammed it down, and Walkup added two floaters for the visitors while Bryant scored Maccabi's first four of the night, 4:8. Zizic blocked the driving Walkup, which led to a Caloiaro corner triple, and next possession, Bryant dove to a loose ball and found Cohen for another three, 12:10. Grigonis tied the game at 12, but then Chris Jones (7 1st quarter points) and Dragan Bender led the Yellow & Blue to a 12:2 stretch to close out the first 10 minutes, 24:14.

Jones, Wilbekin, Tyler Dorsey, Oz Blayzer, and Bender continued the incredible run stopping the Greens scoreless for six consecutive minutes, scoring 20 straight points opening a 22 point margin, 36:14. Lukas Lekavicius closed the run, but the Yellow & Blue three-point mania continued as Wilbekin and Dorsey connected for triples, increasing the advantage up to 28. Zizic and Wilbekin closed out an unbelievable 53 point first half and a 30 point edge, 53:23.

Caloiaro converted Maccabi's first four points of the second half, and Wilbekin lobbed an alley-oop pass to Bryant, who laid it home, which led to a Martin Schiller timeout, 59:27. The Yellow & Blue added another highlight-reel as Caloiaro tossed another alley-oop, this time to the flying Zizic, who slammed it down with one hand. Jones tallied his 13th point of the night with two buckets in the paint, while on the other end, Walkup led an 8:2 run, scoring back to back mid-range jumpers, cutting the advantage to 25. Bender drilled his third shot from deep, finishing the third period with a 72:44 advantage.

The tremendous offensive and defensive night continued as Dorsey threw a behind the back pass to the wide-open Zizic, who slammed it home, and Wilbekin added his 10th of the contest bringing the lead back to 30, 79:49 midway through the quarter. Jankunas converted a three-point play, and Dori Sahar laid in his first two EuroLeague points for the night's final points. Maccabi outruns Zalgiris 85:57.