The Israeli champs open the second EuroLeague round on the road in the German capital. Sfairopoulos: "If we are ready mentally, there won't be any surprises". Bryant: "They have some guys down, but these are still high-level players that can execute at a high level"

Maccabi Playtika Tel Aviv (7:10) starts the second round of the 2020/21 EuroLeague season at the Mercedes-Benz Arena against Alba Berlin (7:10) as part of the 18th gameday (Thursday, 21:00, Live on Sport5 - Channel 55). Giannis Sfairopoulos's squad beat the German side 80:73 in the season opener and now will start the push to reach the end of the second round with a spot between the top 8 teams in the top European competition.

"We face a very good team. Although Alba has players absent, they've played well", Said head coach Giannis Sfairopoulos, before departing to Germany. "In my opinion, the fact they're missing their coach and several players makes the other squad members get together and fight even harder than before". 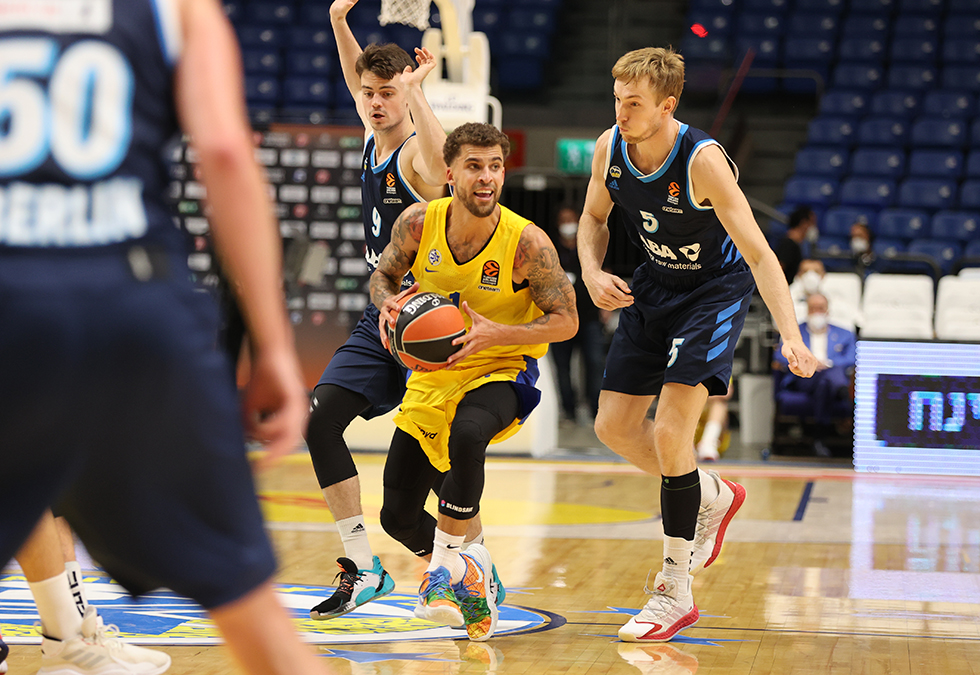 "On our side, it's very important to fight for every possession because Alba is a team that looks to control the rhythm, and if their opponents allow them to play their game, then they'll have difficulties, so we want to control the rhythm of the game. The most important thing is to be ready mentally to fight, and if we are in that mode, there won't be any surprises".

The start of the second round: "We will fight for every game heading into it, and in the end, we will see where we are in the standings. We showed when playing well that we can win in tough circumstances, so it's very important to give the maximum every game focusing only on the next one. I'm delighted with how we practice, improve, and watch the team unite more and more. We have good potential for the future".

Alba enters the contest without four of their top scorers, Marcus Eriksson, Peyton Siva, Luke Sikma, and Niels Giffey, who are sidelined due to injuries. In addition to them, the Germans head coach Aito Garcia Reneses, who was tested positive for COVID-19, won't be the man in charge on the sidelines as Israel Gonzales will replace him. 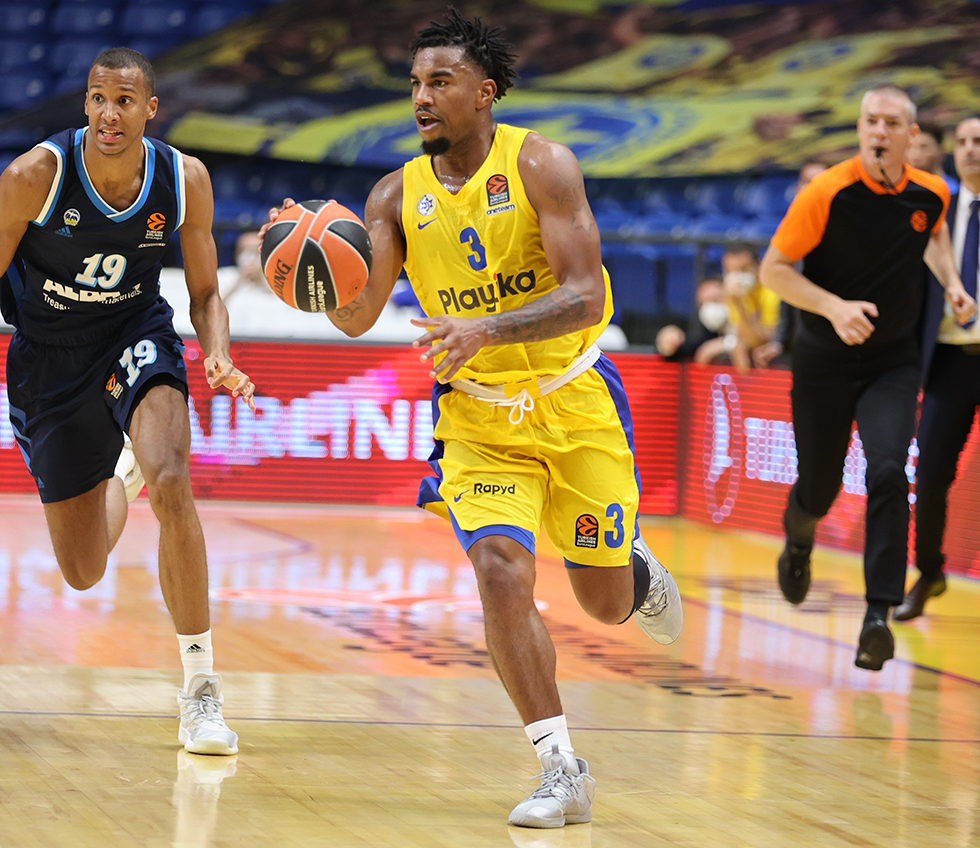 "It's up to us even though we are coming into the second round owning a losing record", Added Yovel Zoosman about Maccabi's situation in the standings. "We will complete the needed task, and I genuinely believe we can advance to the playoffs. Now we need to concentrate game by game, and after playing against each of the teams in the first round, we know each club's strengths and weaknesses. Now we are focused on Alba, and we head out to get the win".

Elijah Bryant, who scored 9 points in the first matchup between the two clubs, talked about the keys for Thursday's game: "We need to focus on ourselves and continue to come with great energy throughout the whole game regardless of who we are playing. They have some guys down, but these are still high-level players that can execute at a high level".

"Having these guys (Casspi, DiBartolomeo, and Zoosman) back will help us be deeper and give coach more options and allows us to be a better team. In these last games in the Israeli League, we focused on improving, so for us as a team, the key is making progress in every game".

Maccabi opens the second round with a road win over Berlin

Tyler Dorsey's 25 points led the Israeli champions to an 85:73 victory in Germany, improving their EuroLeague record to 8:10. Caloiaro contributed 16 points. Next fixture: at home against Olympiacos

07/01/2021
HOME · News Archive · Maccabi opens the second round with a road win over Berlin
Maccabi Playtika Tel Aviv began the EuroLeague's second round of play on the right foot, defeating Alba Berlin 85:73 in Mercedes-Benz Arena. The Yellow & Blue bench came through tonight as Tyler Dorsey finished a masterful night with 25 points (5 of 7 behind the arc), Dragan Bender added 13 points and five boards, and Chris Jones had highly efficient minutes scoring 7 points while dishing five assists and grabbing four rebounds.

One more notable player was Angelo Caloiaro, who was all across the court, providing 16 points, six rebounds, and three steals. Maccabi improves their European record to 8:10 on the season as they await a double EuroLeague week hosting Olympiacos and Baskonia at Menora Mivtachim Arena.

Bryant laid in Maccabi's first two of the night and later fed the ball to the Croatian big man who finished twice around the rim. Caloiaro added back to back points, but Granger connected for his fifth point, drilling a shot from deep tying the contest at 10 midway through the first quarter.

Alba added five consecutive points scoring 8 unanswered points as Wilbekin stopped the stretch, swishing in his 51st three-pointer of the season, 13:15. In the closing 46 seconds of the period, the visitors went on a 9:2 run as Tyler Dorsey, Dragan Bender, and Jones (buzzer beater beating two defenders) shot in three consecutive triples from behind the arc, 24:17. 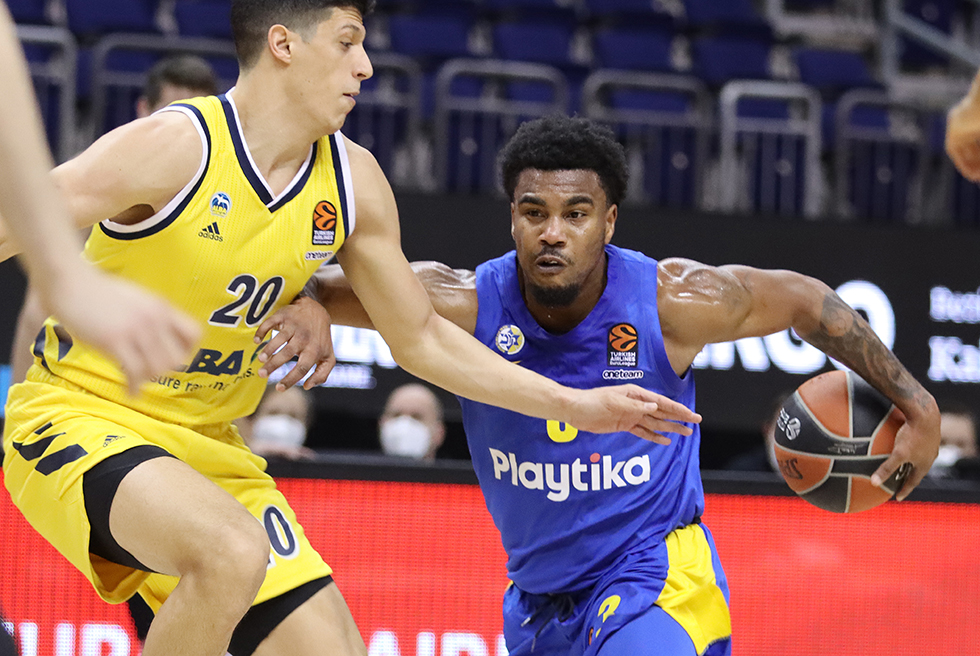 The Yellow & Blue momentum extended into the second quarter. Giannis Sfairopoulos's squad stopped the Germans scoreless for over four minutes, opening a double-digit advantage with Jones and Dorsey each recording 7 points, 34:17.

Louis Olinde scored inside, giving the hosts their first points of the period, but that didn't stop Maccabi as Caloiaro laid in back to back buckets ramping up 10 poinst, and Casspi dished an assist to Bender, opening a 21 point edge, 40:19. Fontecchio knocked down 8 consecutive points for Berlin, reducing the Yellow & Blue's advantage to 15, closing the half at 43:28.

Caloiaro, with another effective play, found Casspi open, and the Israeli forward connected from deep. However, Granger led Alba back to a single-digit deficit after dishing his 10th assist of the night while Ben Lammers hit back to back baskets from mid-range, slammed down an alley-oop, and Thiemann drilled a three, leading Sfairopoulos to call a timeout, 48:39.

Bender initiated an arched pass to his fellow countryman, who finished strong inside, and later Bender shot in a triple, regaining a 14 point edge. Dorsey and Maodo Lo exchanged buckets for each side as the American guard scored six straight points for the Yellow & Blue while the German notched in four consecutive points, 63:49.

Zizic hooked in a shot to start the fourth. Dorsey hit a three-pointer as he was fouled, completing a four-point possession, and added another triple, his 4th from behind the arc, 72:54.

Elijah Bryant converted a three-point play after laying in two, Caloiaro and Bender tallied points from the charity strike, and Dorsey completed his night with his 5th three-pointer for 25 points. Maccabi starts off the second round on a strong note beating Alba Berlin, 85:73.