The Yellow & Blue close out their home European campaign versus the last ranked Russian squad. Casspi and Zoosman won't take part as Hunter is questionable. Sfairopoulos: "We need to react and give happiness to our fans in our last Euroleague home game"

Maccabi Playtika Tel Aviv hosts Khimki Moscow in Menora Mivtachim Arena on Tuesday evening (18:00, Live on Sport5 - Channel 55) in which will be the last EuroLeague home game of the 2020/21 season. Giannis Sfairopoulos's squad comes into the matchup with 13 wins compared to 18 losses, while the Russians hold a season-worst 4:28 record and had a negative stretch of 16 consecutive losses.

In the first meeting this season, Maccabi came away with an 89:87 overtime win as Tyler Dorsey broke a Yellow & Blue EuroLeague record, drilling eight shots behind the arc, leading the scorers with 26 points. Since then, Khimki dismissed coach Rimas Kurtinaitis and gave the keys to his former assistant Andrei Maltsev. The Russians will be without their star Alexei Shved who scored 19.8 points per game. 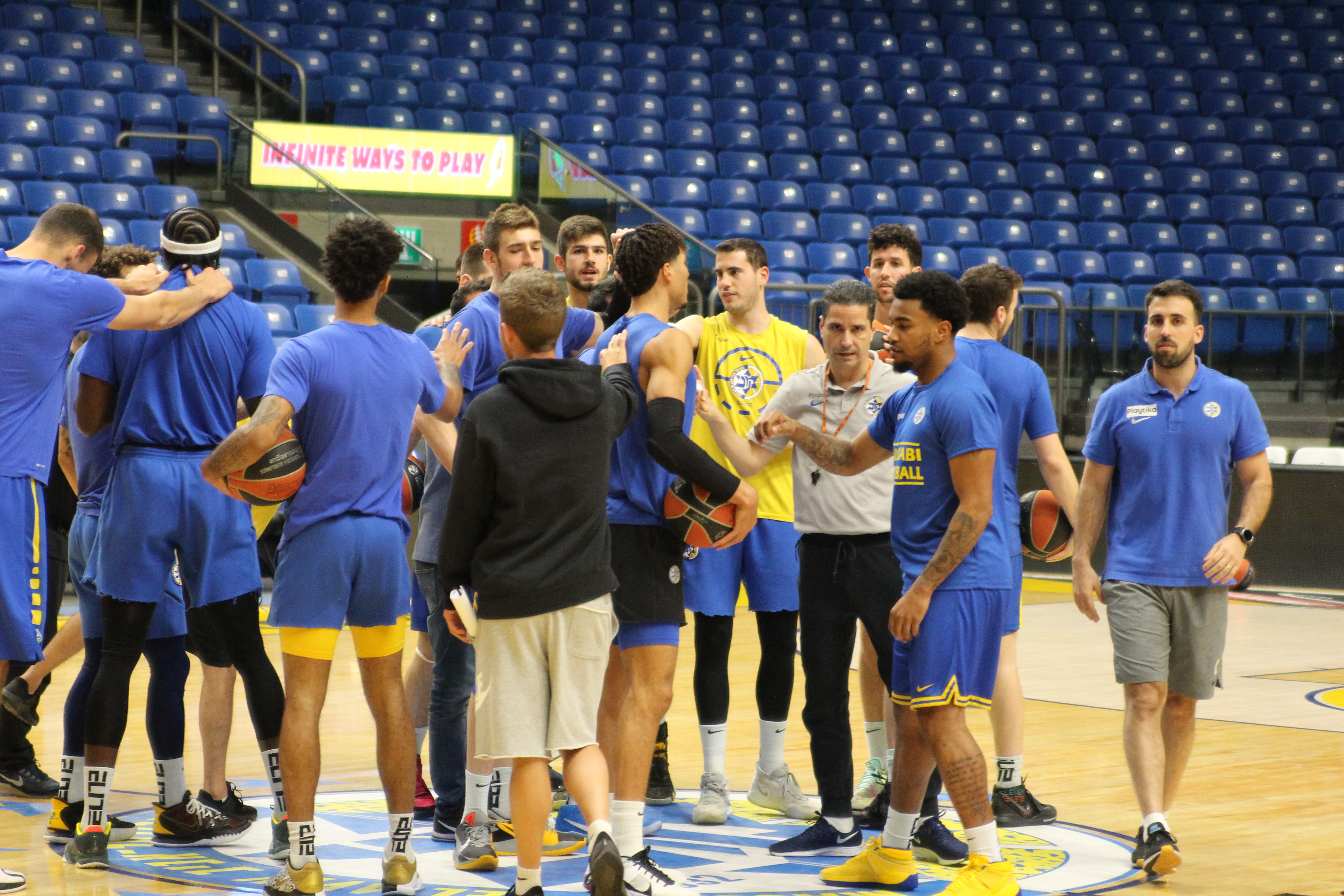 "We need to rest some players who've been playing a lot in this tight stretch", Said head coach Giannis Sfairopoulos about the players' fatigue after playing multiple back-to-back games. "We need to be mentally ready to fight hard, to react and give happiness to our fans in our last Euroleague home game of the season".

"We need to go in with our game plan, focus on the details, fight and be tough mentally for ourselves and for the club", Added Chris Jones. "We are looking forward to finishing the season on a strong note".

Elijah Bryant spoke about the mentality coming into Tuesday's matchup: "We aren't in the playoff situation, but it's another game we need to give our fighting spirit and show what we are capable of by respecting the game we are so fortunate to play as our jobs. We will come out and fight hard".

The Israeli champions delivered a fantastic performance in their home EuroLeague farewell. Wilbekin and Zizic led the scorers with 13 points. Friday: Concluding the European campaign at Zenit St Petersburg

Maccabi Playtika Tel Aviv EuroLeague season is coming to an end, but in their last home EuroLeague game of the European season, they gave the Yellow & Blue fans a show crushing Khimki Moscow 92:62 on Tuesday evening. On Friday, Maccabi finally closes its Euroleague season when they'll head out to St. Petersburg to face Zenit. On Monday, the Israeli champion will return to the Israeli Winner League as they'll host Hapoel Jerusalem.

After a 6:2 Khimki start, Wilbekin got it going and was unstoppable, leading the hosts to an incredible 18:3 run, scoring 8 straight out of his early 13 points, giving Maccabi a double-digit advantage, 20:9.

Mickey hit a triple to stop the momentum, but Wilbekin, this time as a distributor, dished his third assist of the quarter to Zizic, who slammed it with the right hand, 22:12.

The Yellow & Blue defense stopped the visitors scoreless for nearly two minutes as Elijah Bryant took advantage, scoring the first 4 points of the quarter, and Bender converted a three-point possession bringing the margin up to 17, 29:12. Erick McCollum drained a mid-range jumper as part of 6 consecutive points, but Giannis Sfairopoulos's squad kept the strong pace as Dorsey and Bryant connected from deep.

A Dorsey steal led to a Blayzer alley-oop finish, who later finished another fastbreak with a 180 slam and with Chris Jones led a 15:4 stretch as each of them scored 6 points while Dori Sahar drilled a three-pointer, 50:22. Karasev and DiBartolomeo exchanged shots from behind the arc, 53:25 at halftime. 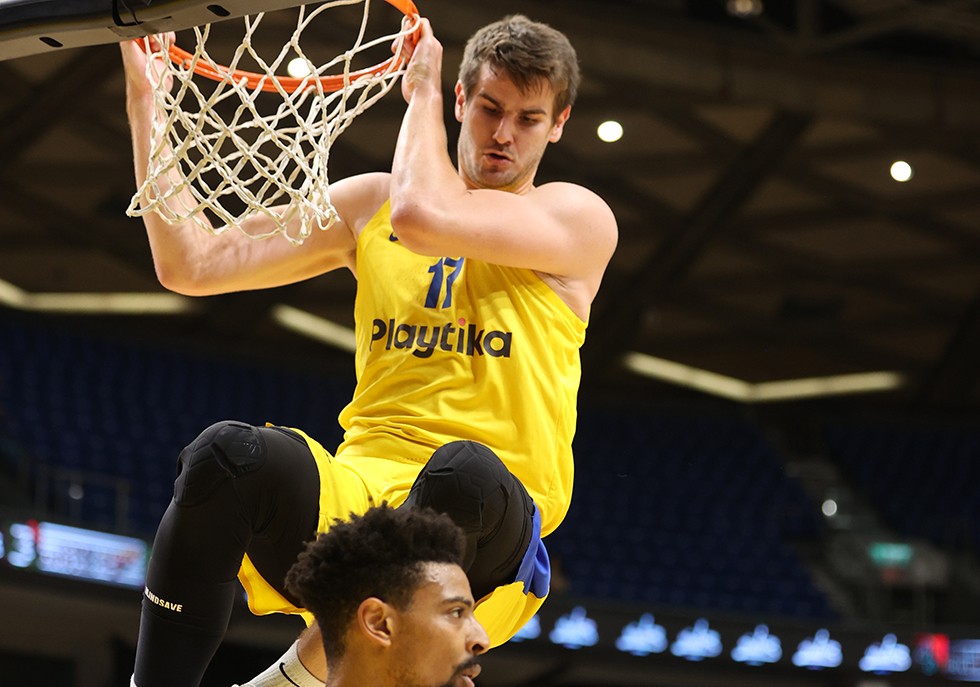 Once again, Maccabi dominated in the first minutes of the third as Zizic added to his strong performance with 7 points, including a three-point play ramping the margin to 36. Blayzer and DiBartolomeo each converted from the free-throw line giving the hosts a nigh high 67:27.

Mickey blocked his fifth shot of the night, leading the Russian squad to a 7:0 run reducing the edge down to 33. But Jones, with multiple offensive gems including an alley-oop pass to Bender who slammed it down, 73:38.

Dorsey completed back-to-back four and three-point and one possessions as Jones found Bender again for a two-handed finish who later added another three-point play, 85:44.

Blayzer and DiBartolomeo each reached double digits in points forming 6 Yellow & Blue players who scored over 10 points in the dominant team performance. Maccabi finishes their home EuroLeague campaign with a commanding 92:62 win over Khimki Moscow.