Monday: Maccabi vs. Ashdod in the State Cup

The Israeli champions head out on the road matching up against Offer Rahimi's squad as part of the Cup's first round. It will be Maccabi's third game in the past five days (20:10 live on Sport5)

Maccabi Playtika Tel Aviv continues their tight schedule as they'll face Maccabi Ashdod as part of the first round of the Israeli State Cup (Monday, 20:10, live on Sport5 - channel 55). After the road game in Istanbul against Anadolu Efes and the home win over Eilat in the Israeli League opener, Giannis Sfairopoulos's squad will travel to Hakirya Arena in the southern district of Israel, starting their Domestic Cup journey.

Ashdod hasn't begun their season in the second division, and so far, they've played only several exhibition contests. However, Offer Rahimi built a roster with one sole intention - returning by next season to the top domestic league. The dolphins brought in Durand Scott, who may be the top foreigner in the second division, and Abdoulaye Gueye. On the local end, the roster is surrounded by experienced second division players who some have a past in the top league: Raviv Pitchon, Dolev Drapic, Sagiv David, Noam Laish, Amit Alon, Dvir Ringvald, and Yogev Levi.

The round of 16 draw will take place this coming Tuesday during the halftime between Hapoel Holon and Cholet basketball as a part of the Fiba's Basketball Champions League. If Maccabi passes by Ashdod on Tuesday, their round of 16 game will take place on Sunday, December 13th. 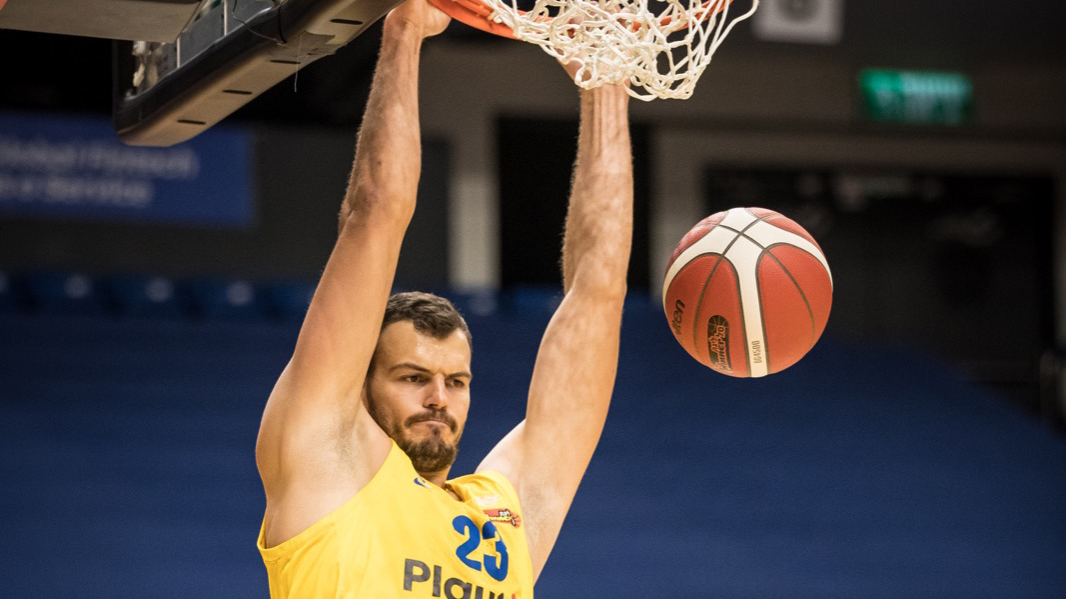 The Yellow & Blue advance to the Round of 16 in the State Cup after the road victory. Blayzer stood out with 17 points, Dorsey contributed 16 points, and Zizic added 13. Thursday: Zalgiris Kaunas comes into Menora Mivtachim Arena

Maccabi Playtika Tel Aviv surpassed past Maccabi Ashdod 75:69 as part of the First Round of the State Cup, proceeding to the Round of 16. Oz Blayzer played well throughout the game leading the Yellow & Blue scorers with 17 points, 5 rebounds, and 4 steals. Tyler Dorsey totaled 16 points, and Ante Zizic dominated inside the paint, recording a double-double (13 points and 11 rebounds).

Maccabi added to their 8:0 run as Yonatan Atias sank two from the free-throw line, and Sandy Cohen recovered an offensive board and tipped it in, 18:11. The hosts responded with eight unanswered points, but Dorsey scored two from the charity strike, finishing the first ten minutes with a 20:19 advantage.

Zizic grabbed his own miss and converted a three-point play as then added a hook shot. On the other end, Durand Scott answered from the top of the key, and Sagiv David finished a fastbreak with a slam, 31:26. The Yellow & Blue stopped the Dolphins scoreless in the last two minutes of the half as Blayzer hit eight consecutive points, opening a 9 point margin at halftime, 41:32.

Arthur Rosenfeld and Raviv Pitshon led the hosts to a 10:4 to open up the third quarter, diminishing the lead down to three, 45:42. Max Heidegger and Elijah Bryant scored four points, respectively, which made Offer Rahimi call a timeout, 55:49.

The hosts came out strong out of the timeout, as Drapic and Scott tied the game at 55, but Jones, on the end of the shot clock, drilled a tough fadeaway jumper closing out the third quarter with a 2 point edge, 57:55.

The Yellow & Blue worked Zizic inside, while on the defensive end, he blocked a shot, which led to a Bryant fastbreak three-point play, 62:55. Scott knocked down a triple, but Dorsey responded with a three of his own, and Jones drove to the basket and laid it in with the left hand opening a double-digit margin, 69:58.

Scott and Rosenfeld attempted a late surge lowering Maccabi's advantage down to four, but Dorsey, with a crucial steal who laid it in and Blayzer, who drilled a shot at the end of the shot clock, sealing the game. Maccabi advance to the Round of 16 in the State Cup after a 75:69 win over Maccabi Ashdod.