Sunday at 19:30: Bnei Herzliya vs Maccabi

With a perfect record in the domestic competition, the Israeli champions head out to Yovel Arena for their first road game of the 2020/21 Winner League season. Here is the latest about the opponent and the head to head matchup

Maccabi Playtika Tel Aviv, which holds a three-game winning streak in all competitions heading into the second week of the Winner League, looks to win their fourth straight facing Bnei Herzliya on the road (Sunday, 19:30, live on Sport5 - channel 55). The matchup was scheduled for the fifth league fixture but, this will be the Yellow & Blue's second contest as part of the domestic competition.

The Israeli champions hold a perfect record in all local games: Securing a spot in the Winner Cup Finals after victories over Hapoel Haifa and Maccabi Rishon Le'Zion, a win in the Winner League season opener versus Hapoel Eilat, and a victory over Maccabi Ashdod in the first round of the State Cup.

On the other hand, Bnei Herzliya played three games in the local league as Sharon Druckers's squad is still looking for their first win of the season after losing to Hapoel Haifa 79:80, Ironi Nes Ziona 74:80, and Hapoel Eilat 78:103. 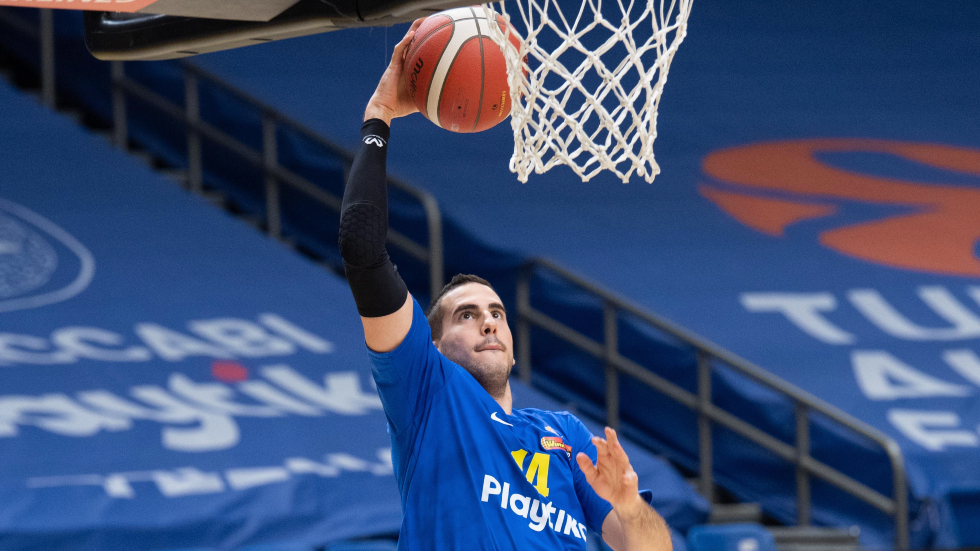 In the head to head matchups throughout the years, the Yellow & Blue have a commanding 55:10 record over Herzilya and 34:6 on the road. Maccabi won the past six meetings as the opponent's last win goes back to April 2017 in Yovel Arena. Jeff Adrien led the hosts with 27 points as Victor Rudd tallied 23 points, eight assists, and seven rebounds for Maccabi.

The Israeli champions retained the perfect record in the domestic competition with the road overtime win. Zizic led the Maccabi scorers with 18 points and 7 rebounds as Jones excelled with 17 points and 8 assists

Chris Jones, Elijah Bryant, Sandy Cohen, Oz Blayzer, and Ante Zizic started for the Yellow & Blue. Both teams had a tough time finding the baskets tallying only four points from the free-throw line after 3:30 minutes, 2:2.

Bryant scored the first field goal, and Zizic hooked in two more while Isaiah Eisendorf and Jakim Donaldson answered on the other end, tying the game at 8. Cohen tallied five consecutive points, but Kendall Anthony finished the quarter converting a three-point play, 17:15.

Coty Clarke and Frank Gaines completed an 8:0 run giving Herzilya their first lead of the night, 17:20. After a Giannis Sfairopoulos timeout, The Yellow & Blue geared up with an 18:4 stretch as Dori Sahar led the Yellow & Blue to a double-digit advantage totaling 8 points, and dishing an assist to Tyler Dorsey for a three-point play, 39:27. Dorsey added on, tallying 14 first-half points as Anthony and Gaines responded on the other end closing out the half at 45:34.

The second half opened up at a high offensive pace, Gaines and Clarke cut the lead to single digits multiple times, but Jones and Bryant retained the edge, 54:43. Clarke kept the hosts in striking distance, as Bender scored five consecutive points, and Cohen added a jumper, which led to a Sharon Drucker timeout, 61:48. Herzliya responded well out of the timeout, Gaines put his team on his back, scoring six points, and Elishay Kadir trimmed the lead down to 5, 62:57.

Bryant led Maccabi to an 8:0 run opening a 13 point advantage, 70:57. Herzliya shifted the momentum scoring nine consecutive as part of an 11:2 spring as Gaines drilled a triple, diminishing the edge down to a one-possession game, 69:72. The visitors scored six straight points as Bryant and Jones knocked in shots from the charity strike, regaining an 8 point lead. Anthony, Clarke, and Gaines executed an 8:0 run in the final 1:30 minutes, tying the game at 77, carrying the game to overtime.
Blayzer drilled a deep two to open up the extra time, Jones blocked Anthony on the defensive end, and Zizic scored back to back buckets, 83:79. Anthony knocked a triple from the top of the key, reducing the lead to 1, but Zizic totaled his 8th point of the overtime, 90:84. Each team scored two more points each as Maccabi win their fourth straight, beating Bnei Herzeliya in overtime, 92:86.