The Israeli champions attempt to win their 8th consecutive home victory in the domestic league against Brad Greenberg's squad. Zizic, Bryant, Caloiaro, and Atias will sit out 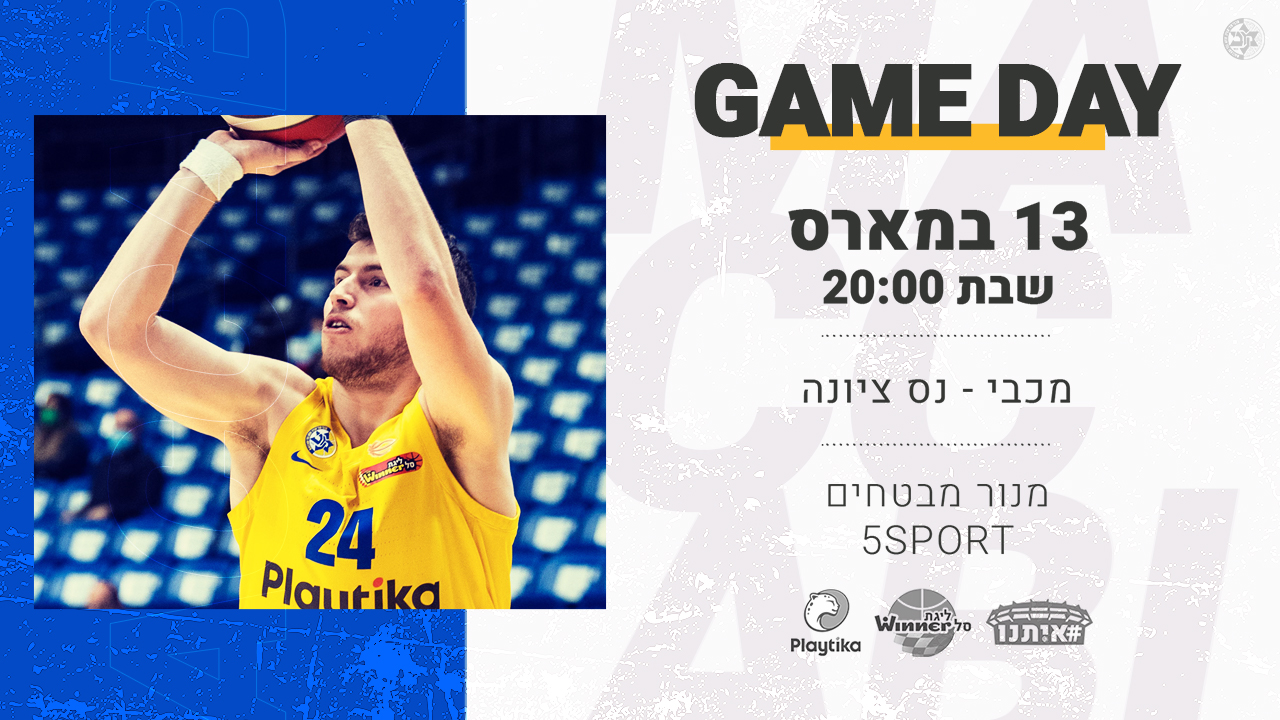 A meaningful moment awaits for Maccabi Playtika Tel Aviv as they'll host Ironi Ness Ziona on Saturday evening (20:00, Live on Sport5 - Channel 55) at Menora Mivtachim Arena in front of 1000 Yellow & Blue supporters. Saturday's matchup will be Maccabi's last home game of the third round, as they'll cap it will be wearing the #Itanu jerseys that list all of the supporters worldwide who've joined the venture and supported the club throughout the season.

The Yellow & Blue dropped only one game at home this domestic season compared to 10 wins. In the first meeting between the two sides earlier in the year, Maccabi overcame Ness Ziona 65:58, behind a double-double performance by Dragan Bender, who finished the night with 19 points and 11 rebounds.

With #Itanu member's names on their jerseys and 1000 fans in the Menora Mivtachim Arena stands, Maccabi Playtika Tel Aviv's players gave their hearts with a convincing 96:74 performance over Ironi Ness Ziona. With their 8th consecutive home win in the Israeli Winner League, the Yellow & Blue improved their record to 15 wins compared to 3 losses, keeping their spot at the top of the standings. Maccabi's next challenge comes on Tuesday as they'll host Anadolu Efes.

Maccabi struggled to run away from the Oranges in the first half, receiving excellent production from Wayne Selden, who notched 17 first-half points. However, the second half was a different story thanks to Scottie Wilbekin, who produced 16 points and 7 assists. Dragan Bender had another outstanding performance against the Oranges finishing the night with 12 points, 8 rebounds, and 3 blocks. Tyler Dorsey added 14 points, and Chris Jones contributed 13 points and 5 assists. 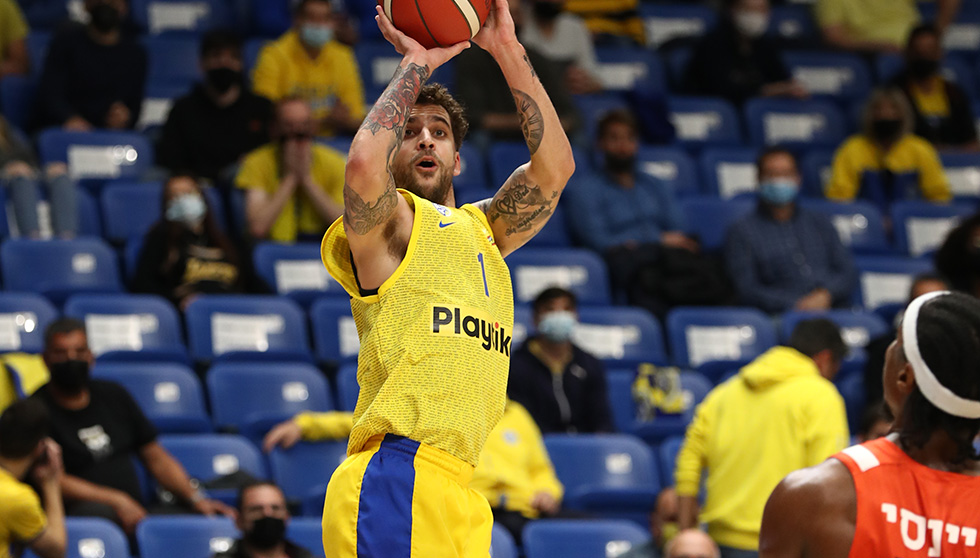 Casspi led the hosts in the first minutes of the contest, dishing multiple assists, including a beautiful pass to a Blayzer dunk, and added 4 points in the paint, but on the other end, Selden hit two shots from behind the arc giving the Oranges a 4 point edge, 13:17.

The Yellow & Blue defense stopped the visitors on 1 point for over 3:30 minutes as Wilbekin shifted the momentum scoring six straight points totaling 9 of Maccabi's 13 points. John DiBartolomeo and Dorsey drained back-to-back triples to close out a 14:1 stretch, 27:18 after 10 minutes.

Dorsey passed Angola on the baseline and laid in two, giving Maccabi a double-digit margin, but Brad Greenberg's unit scored 6 unanswered points in the paint, cutting the lead down to five, 29:24. Bender and Wilbekin responded from deep, and Jones hit a mid-range jumper, while Miller, with various buckets in the paint, kept the Oranges in the thick of things.

Selden capped an incredible first-half, scoring 17 points, tying the game at 44, but Wilbekin had the final say beating the buzzer with a tough floater over Angola, 46:44.

In the second half, Wilbekin found his teammates with beautiful passes dishing a behind-the-back pass to Bender, who drained a three-pointer, and the American guard added an alley-oop pass to Hunter, who slammed it down, 59:53.

Bender started a 12:0 run rejecting Meyinsse and Levi on the defensive end, while on the offensive side, the Croatian big man hit a triple and found Sandy Cohen for an open three, 64:55.

DiBartolomeo drove to the basket, laid in a tough bucket, and added a shot from behind the arc for five consecutive points as Jones converted three free throws on the verge of the third quarter, giving the Yellow & Blue a 17 point margin, 72:55.

Angola and Meyinsse reduced the edge giving hopes for the visitors, but Maccabi extended their lead with a 10:3 run with threes by Cohen and Bender, 83:61. Dorsey drained three straight three-pointers, and T.J Cline laid in two to close out the game. Maccabi wins their 8th straight home game in the domestic competition with an 83:61 victory over Ness Ziona.