The Yellow & Blue start 2021 with a clinching win over Hapoel as Zizic dominated the paint, recording a double-double with 26 points and 13 rebounds. Caloiaro contributed 13 points. Thursday: On the road vs. Alba Berlin

Maccabi Playtika Tel Aviv opened 2021 with a masterful home win over Hapoel Tel Aviv, 88:63. With the triumph, Giannis Sfairopoulos's squad proceeded to the final 4 in the State Cup after Ante Zizic powered his way in the paint with 26 points and 13 rebounds against the Reds, which didn't have a solution for the Croatian big man.

Angelo Caloiaro added 13 points, eight rebounds, and John DiBartolomeo contributed 7 points, five assists, and four rebounds. The Yellow & Blue next contest will occur on Thursday as they open the second round of the EuroLeague against Alba Berlin.

Maccabi blitzed right out the gate as the Croatian big man was unstoppable in the paint, receiving various passes near the rim and finishing them down multiple times, tallying 11 points and eight rebounds in the first 7 minutes, 14:6. Caloiaro added 5 straight points, hitting a shot from deep, giving the hosts their first double-digit margin of the night. Jonathan Mor knocked down a triple.

But John DiBartolomeo, Dragan Bender, and Omri Casspi converted consecutive stints from the free-throw line closing the first 10 minutes with a 12 point edge, 25:13. Maccabi wrecked Hapoel on the boards, stopping them on one rebound while grabbing 16 on the other end. 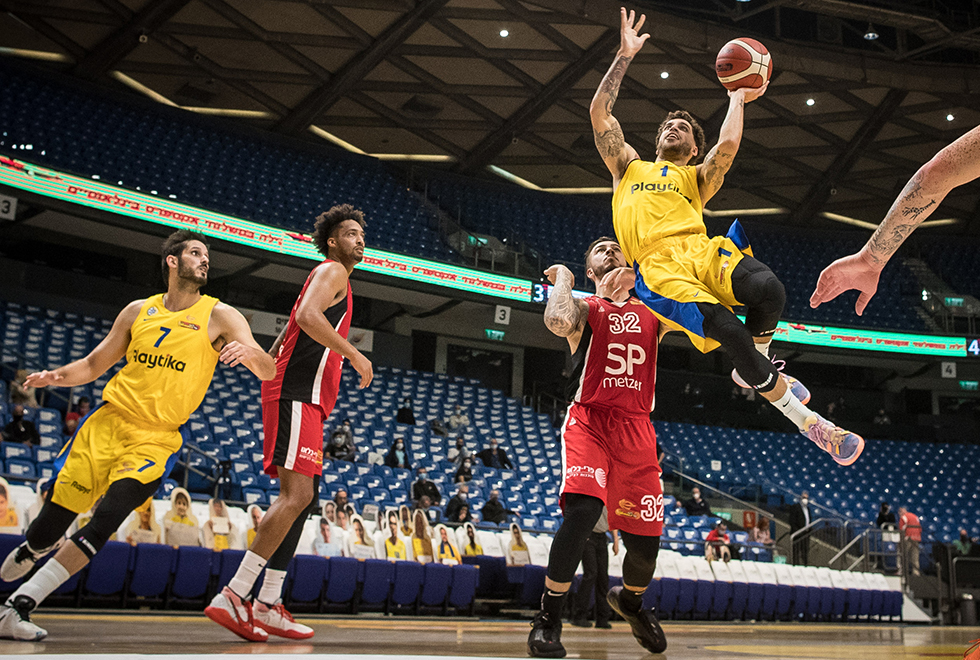 Bryant led to offensive points early in the second, and Zizic continued to possess full command inside, slamming down an alley opp pass from Wilbekin, who later found the big man for a three-point possession, 36:23.

Bryant bounced a pass to the driving Casspi who drained it in high off the board, followed by an Israeli forward baseline pass to Zoosman, who drilled a three-pointer from the left corner, 45:29. Madar knocked down a triple with the board in the closing seconds, but Wilbekin had the final say floating a buzzer-beating shot over the young guard, 47:32.

Early in the second half, Zizic recorded his 20th point with an easy slam and completed a double-double. A Bryant steal on the defensive end led to a Caloiaro fastbreak left-handed slam, and Zizc fed an assist to Wilbekin, who pulled up a shot from deep, 54:37. 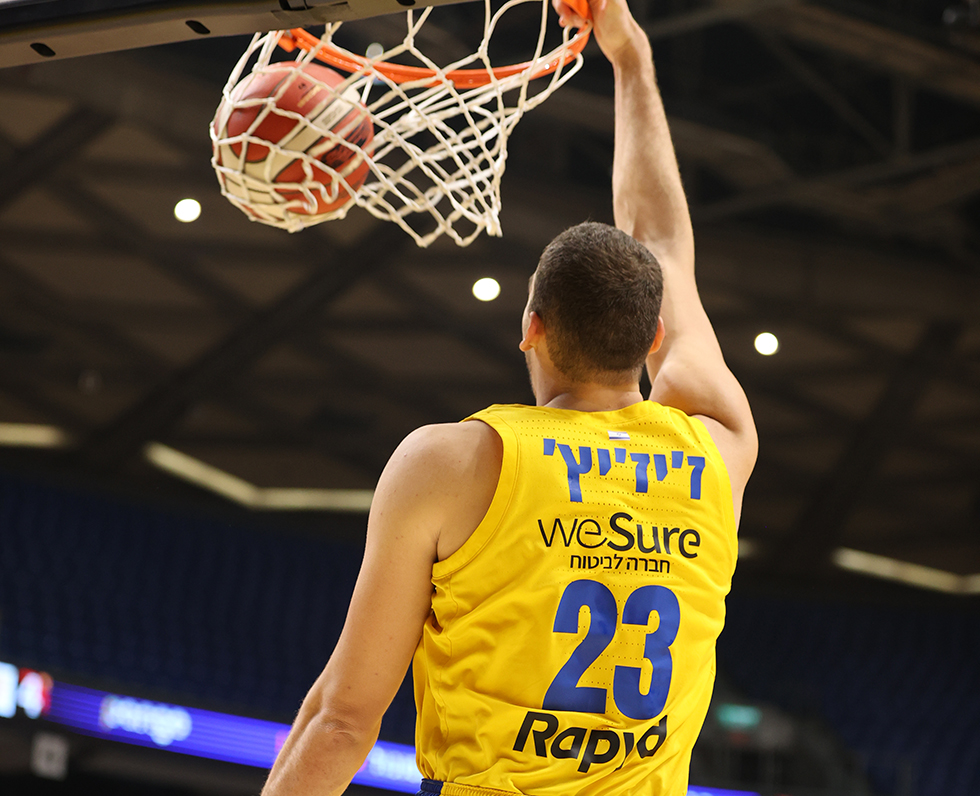 The Reds managed to narrow the margin down to 8 thanks to three-pointers from York, but Casspi responded on the other end with a triple before the third quarter's buzzer, 65:54.

The Yellow & Blue stepped up in the final period stopping the Reds scoreless for six straight minutes while Zizic and DiBartolomeo led the hosts to 11 unanswered points opening the largest advantage of the night, 76:54.

Tokoto ended the stretch with back to back threes, but that didn't stop Giannis Sfairopoulos's squad as Zoosman, Bender and Eidan Alber added more points in the paint. Maccabi advances to the State Cup Semifinal after an 83:66 win over Hapoel.