The Israeli champions look to return to their winning ways versus the Greens, who are fighting against relegation. The Yellow & Blue will play with unique warm-up and game jerseys, displaying the #Itanu members

With two games remaining in the second round of the Israeli Winner League, Maccabi Playtika Tel Aviv will head out north on Saturday night to face Maccabi Haifa (20:30, Live on Sport5 - Channel 55) as part of the 25th domestic league fixture. For the second time this season, Giannis Sfairopoulos's squad will be featuring the #Itanu jerseys that list all of the supporters worldwide who've joined the venture and supported the club.

Maccabi looks forward to receiving additional contributions from Yovel Zoosman, who returned last week and played 4 minutes after missing the last two months due to a knee injury.

Maccabi Haifa has had a tough 2020/21 season sitting second to last in the Israeli League table recording only five wins in 22 domestic games. Since the last matchup between the two sides, the Greens parted ways with Daniel Seoane and gave the head coaching keys to Amit Ben David. The northern squad relies mainly on Kaylin Lucas, who's averaging 17.7 points, and Roman Sorkin, who's providing 14.4 points and 7.3 rebounds per contest.

The previous meeting against Maccabi Haifa was a successful one, 95:60 in Menora Mivtachim Arena. The Yellow & Blue got it going right out of the gate, hitting six threes while allowing only 13 points first-quarter, opening a 22 point edge after 10 minutes. The commanding lead stood at 43 late in the fourth quarter as all 11 Maccabi players contributed tonight, each playing over 10 minutes and scoring at least 5 points.

Maccabi Playtika Tel Aviv defeated Maccabi Haifa 82:78 in Romema Arena and returned to their winning ways before entering the last phase of the season. Giannis Sfairopoulos's squad found themselves down early in the fourth quarter but shifted gears on both ends of the floor in the last five minutes with a 9:2 stretch leading to a season sweep over the Greens.

Angelo Caloiaro hasn't played in a domestic game for the last two months and took advantage of the opportunity with his known aggressiveness, exploding for 19 points while adding 7 boards and 3 assists. After a shaky return last week, Yovel Zoosman received 19 minutes tonight and displayed well, scoring 11 points and grabbing a season-high 8 rebounds.

Wilbekin knocked down the visitor's first points of the night from deep, Hunter added four straight points in the paint, and a Caloiaro steal led to a strong Blayzer one-handed slam, 9:6. Jones posted his defender and spun to his right to lay in two, but Dowe completed a 6:0 Green stretch, giving Haifa the edge, 16:17.

Dragan Bender came off the bench and contributed three straight possessions leading to points by scoring and dishing back-to-back assists to Caloiaro, which closed out the first 10 minutes with a 6 point margin, 25:19. 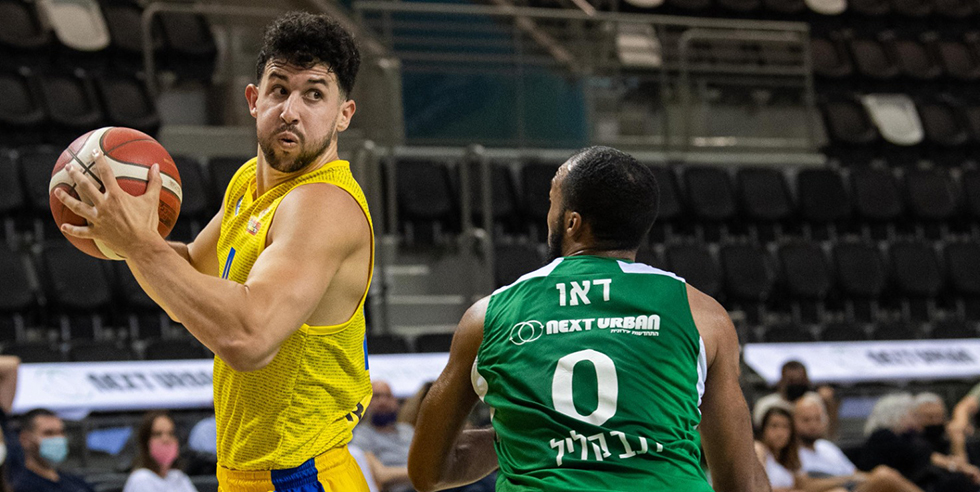 Dowe and Sorkin were Haifa's primary offensive contribute as the Israeli forward grabbed an offensive board and laid in two, cutting the Yellow & Blue margin by half. T.J Cline responded with 4 consecutive points, and once again, Caloiaro led a 9:3 run with a decisive left-handed jam, and a John DiBartolomeo deep dagger gave the Israeli champions a double-digit advantage, 41:30.

Marble and Jones exchanged shots from behind the arc, but Lucas (8 of the team's last 10 points of the half) answered on the other end with a 10:2 run to close out the half, including a buzzer-beating three-pointer, 46:43 at halftime.

Haifa maintained the momentum to start the third quarter as a Cobbins slam tied the game at 46. Both teams swapped the lead until Wilbekin pulled up from deep, and Bender added a dunk over Lucas, which will be one of the top plays of the week, 53:52. 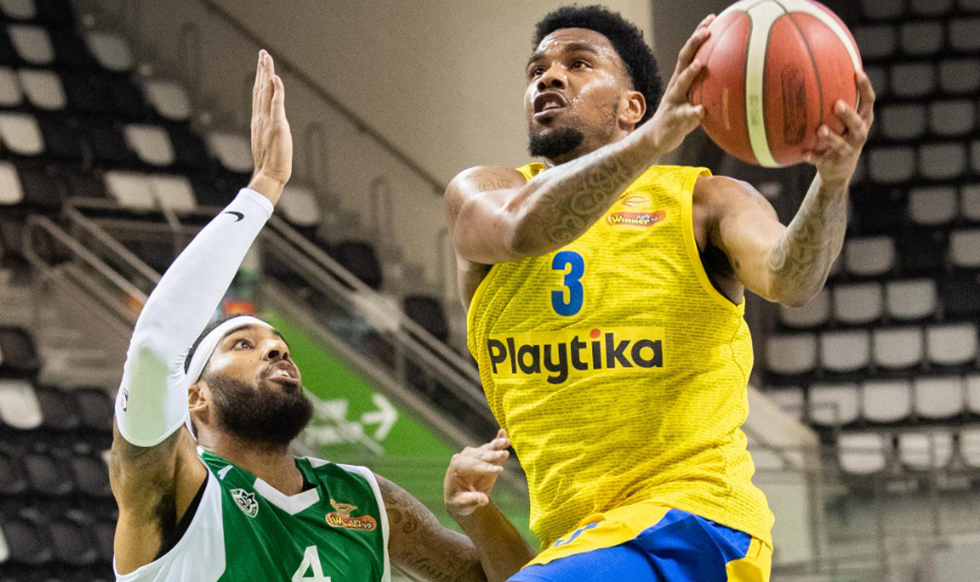 Dowe flipped the score, concluding a stretch of 7 unanswered points with a three-point possession which gave the hosts a 6 point edge. DiBartolomeo's energy and intensity stopped the run, and Yovel Zoosman scored 5 of Maccabi's last 7 points of the quarter, reducing the advantage heading into the final 10 minutes of the contest, 59:61.

A Blayzer steal led to easy points on the other end, tying the contest as Sorkin worked his way inside, Marble connected from three while Hunter and Zoosman scored in the paint, shifting the lead multiple times, 70:70 midway through the final quarter.

Hunter rejected Cobbins inside and connected one free-throw line, which broke the tie, and started a late 10:3 run. With 40 seconds left, Wilbekin drilled a step-back triple, and DiBartolomeo sealed the deal after grabbing a defensive board and sending Caloiaro for an easy two-handed slam. Maccabi passes by Maccabi Haifa 82:78.