After capturing the State Cup, the Yellow & Blue look ahead towards Game 1 of the Quarterfinals playoffs series against the southern squad. Blayzer: "We've been waiting and working for this all season long"

With the State Cup sitting in the loaded trophy cabinet, Maccabi Playtika Tel Aviv begins the final phase of their season on Monday evening, hosting Hapoel Be'er Sheva (21:00, Live on Sport5 - Channel 55) in Menora Mivtachim Arena as part of Game 1 in a best of 3 series in the Israeli Winner League Quarter Finals. Giannis Sfairopoulos's squad didn't have much time to celebrate Thursday's title as their attention shifted quickly towards the attempt to lift the championship plate. 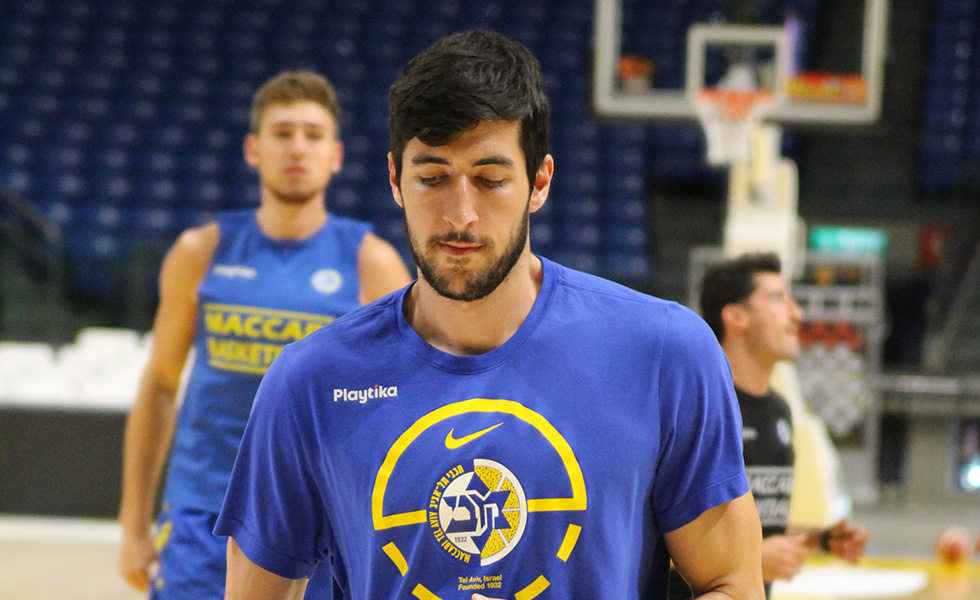 "We are playing a hot team that won 4 of their last 5 games", Said head coach Giannis Sfairopoulos before game 1 of the series. "Be'er Sheva is playing a high tempo team basketball, scoring really well from outside, so we need to be very focused defensively to stop them. Offensively, we need to read and adjust to their different styles of defense while finding the best open shot with great team spirit".

"We finished the regular season in the first place, which gave us home-court advantage throughout the entire playoffs, and I expect to see our fans come out. We need to take advantage of our home, and with their presence and support, it will be easier for the team". 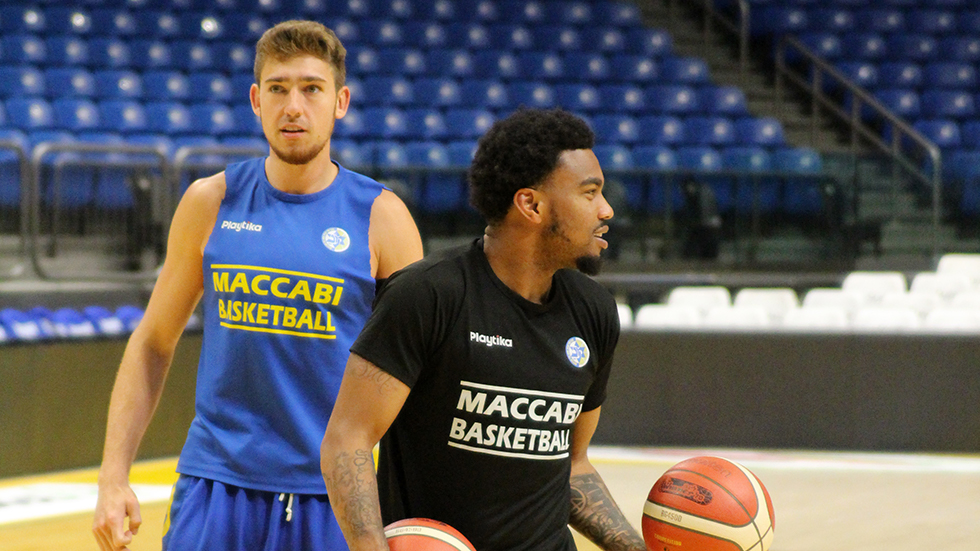 Oz Blayzer shared his feelings heading into the playoffs: "We are starting the playoff series, something we've been waiting and working for all season long. After grabbing the State Cup, our focus is to advance every phase to the championship giving ourselves a home-court advantage throughout the whole process. With that in meaning, I'm happy we will have a full arena, and I'm inviting all of the fans to come and push us because we need you".

This will be the first meeting between Maccabi and the southern Reds in the playoffs. This season, the Yellow & Blue split the games with B.S: A 100:74 home victory in the first round of the league but later in the season were defeated 79:93 in the Negev capital behind a monstrous 43 point performance by Caleb Agada. Rami Hadar's group comes in without Agada and Eric Griffin, who decided to leave the country during the last security situation.

The Yellow & Blue excelled defensively, taking Game 1 of the series despite hitting only one shot from behind the arc. Zizic was dominant in the paint finishing the night with 20 points. Wednesday: at the Negev Capital

Maccabi Playtika Tel Aviv began the Israeli Winner League Playoffs with a 67:56 win over Hapoel Be'er Sheva, giving them a 1:0 lead in the Quarterfinals series. Despite an off night offensively, the number 1 ranked defense in the league stopped the Reds on 56 points and very low percentages from the field, leading to the series advantage.

Ante Zizic finished as the MVP after a masterful performance inside, scoring 20 points while grabbing 5 rebounds. Angelo Caloiaro added 12 points, Scottie Wilbekin contributed 10 as Omri Casspi closed the night with 9 points and 10 boards.

The win came in mixed emotions after the Yellow & Blue received terrible news from the direction of Dragan Bender, who apparently tore his ACL after leaving the game in the first quarter. Giannis Sfairopoulos's squad will have to manage without the Croatian big man for the duration of the season as they'll also not be able to register Othello Hunter for the rest of the series due to administrative rules.

Maccabi will make its way to the Negev capital on Wednesday for a 17:30 Game 2 start. A Yellow & Blue victory will complete a sweep and make another step towards the title plate, advancing to the Semifinals. 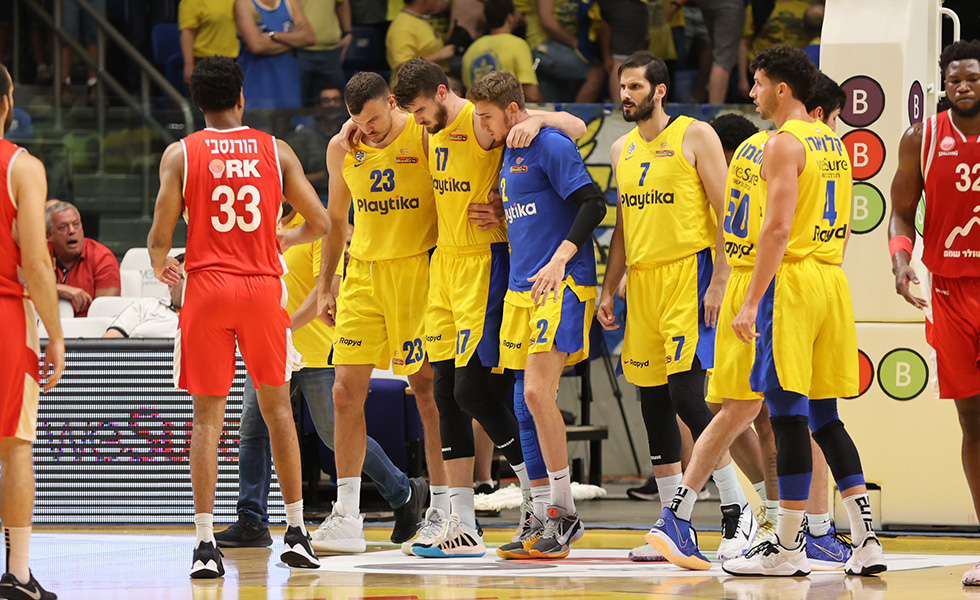 Bell and Zizic exchanged multiple buckets to open up the game as the Croatian big man scored 7 of the hosts' first 9 points, including a steal that led to a strong alley-oop finish on the other end, 9:4. The Reds tied the game at 9 after a three-point possession by Suss, but Wilbekin and Omri Casspi each drew a foul, floating their shots for three-point plays as the Israeli forward hit his bonus shot from the line, 14:12.

Chris Jones came off the bench and laid in two, Zizic scored Maccabi's last 4 points of the quarter as Weisz reduced the margin with a shot behind the arc, 20:18 after 10 minutes.

T.J Cline posted a Red defender working his way towards two points in the paint as he was fouled, completing a three-point play while Bell laid in 6 consecutive points for the visitors keeping them in the thick of things, 27:24. Eric Thompson reduced the margin down to one, but Zizic and Wilbekin didn't let the advantage switch sides with Wilbekin scoring with his left hand two in, 31:28.

Suss converted three from the charity strike tying the game at 31 after being fouled at the act of shooting from deep. Still, John DiBartolomeo found Caloiaro for an easy bucket under the rim sending the Yellow & Blue with a 33:31 lead at halftime.

A Suss triple gave Be'er Sheva the lead to open up the second half, but from that point on, Giannis Sfairopoulos's squad brought the intensity up a notch stopping the reds scoreless for nearly 8 minutes. Zoosman found Casspi wide open under the basket to start the 17 unanswered points stretch, who next possession added a two-handed slam after an out pass assist by Wilbekin.

The stretch added on as Zoosman and Zizic played the pick and roll perfectly, leaving the center for a hard one-handed finish, and Caloiaro sealed 17 straight points with a three giving the Yellow & Blue a double-digit advantage, 50:34. Suss and Bell laid in two to close out the third quarter, 52:38.

Jones laid in two over multiple defenders completing a three-point play while Travis Warech scored 5 points on the other end, lowering the margin down to 11. Caloiaro spun his defender, leading to a layup, and Wilbekin delivered a beautiful pass to Zizic for two easy points, but Netta Segal's three-pointer with 3:24 left on the game clock reduced the margin to single digits, 58:49.

Wilbekin immediately responded, regaining the double-digit advantage, and a DiBartolomeo steal led to an unsportsmanlike foul by Weisz, which sealed Game One of the series. Maccabi goes up 1:0 after a 67:56 home win over Be'er Sheva.