Maccabi wins the double and its 55th Israeli Championship!

The Yellow & Blue captured their 100th domestic title and fourth consecutive championship with a 73:67 victory over Gilboa/Galil in the decisive Game 3 in Menora Mivtachim Arena. Wilbekin won the series MVP after scoring 19 points

Giannis Sfairopoulos's squad exploded from the first minutes of the game with a sequence of defensive intensity that led to steals and offensive firepower in the name of Scottie Wilbekin, who scored 10 points in the first 10 minutes of the contest, which resulted in a double-digit advantage. 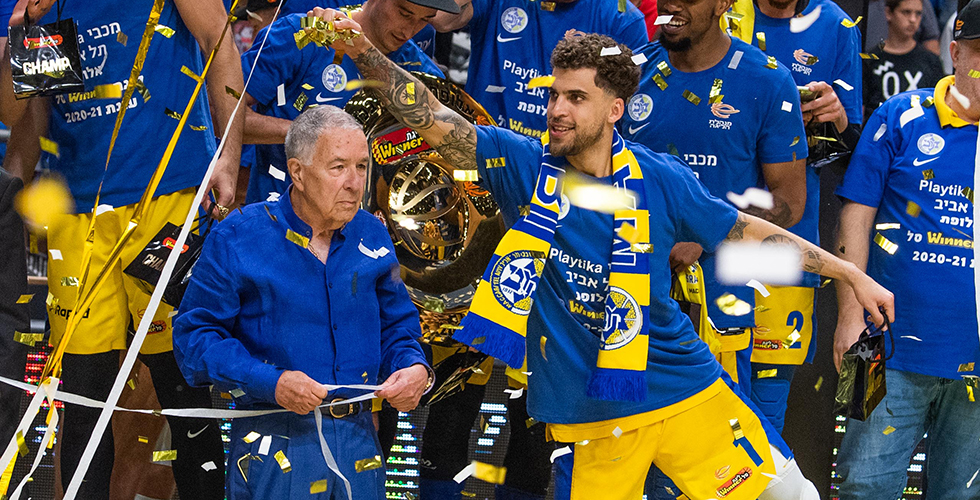 In the final 10 minutes of the season, the northern squad managed to rally back and reduce the margin all the way down to 3. However, from that moment, with the game on the line, Othello Hunter and Chris Jones scored tough buckets, and with good defensive plays, Maccabi secured a comfortable margin that began the celebrations. 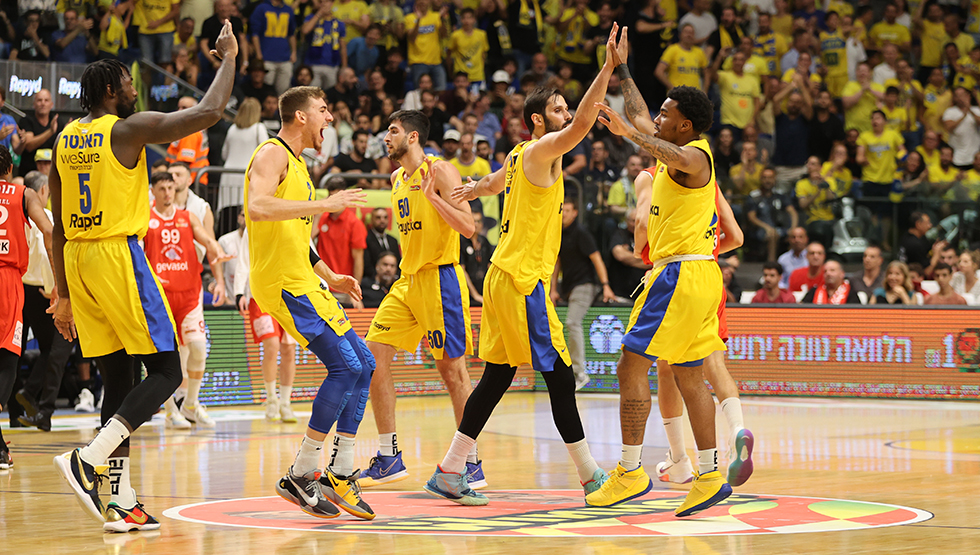 A Wilbekin steal led to a Caloiaro triple to open up the championship game, Ziv dished an alley-oop pass to Floyd and Wilbekin laid in his first points of the night, 6:5. Floyd added on with an excellent drive, Casspi connected from the corner, Wilbekin heated up with 8 straight points, including two three's, and Casspi laid in two after a Chris Jones steal, 19:11.

Blackshear recovered his own miss, grabbed an offensive board, and finished it from close to stop an 11:0 Maccabi stretch. T.J Cline laid in easy two after another Jones steal, and Amit Gershon converted twice from the free-throw line, 24:15 at the end of 1.

Gershon drilled a tough triple over John DiBartolomeo, who immediately responded with a three of his own, and Wilbekin kept on his incredible display with another deep shot, regaining a double-digit margin, 30:18. Gilboa/Galil went on a mini-run, Gil Benny stepped on the line for a deep corner two, and Floyd found the cutting Artzi for an easy layup leading to a Giannis Sfairopoulos timeout. 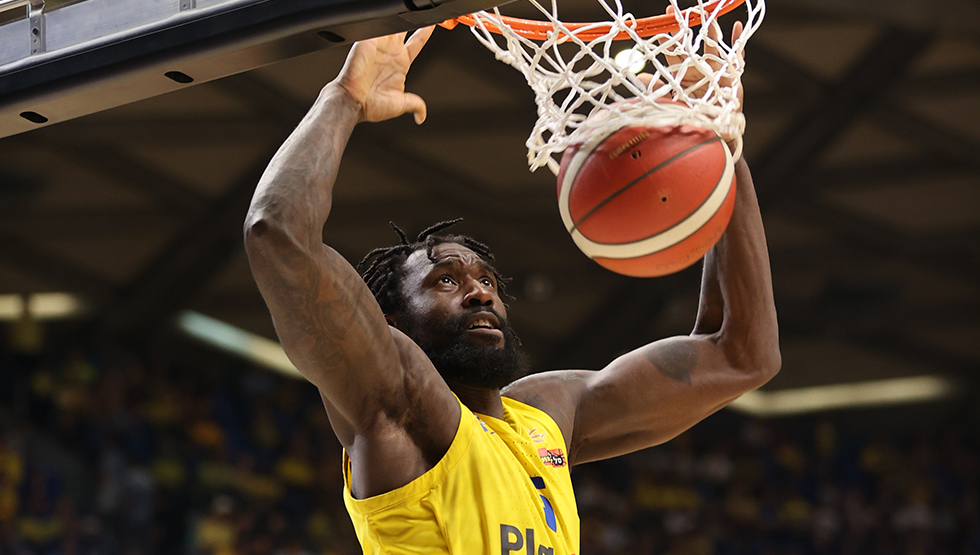 Maccabi answered with 6 of their own off with corner shots from behind the arc by Caloiaro and Jones, 36:24. Gilboa/Galil executed well off of a timeout as Artzi hit a three-pointer, but Jones hit a tough jumper, and Wilbekin buried his fourth triple of the half, concluding the first 20 minutes with a 13 point lead, 42:29.

The Yellow & Blue came out of the half break like a cannon. Zoosman and Hunter played a perfect pick & roll as the Israeli guard dished an alley-oop pass to the center, who slammed it home, and in the next possession, Wilbekin spotted Zoosman wide open in the middle of the paint for an easy layup, 50:29.

Blackshear found Floyd for Gilboa/Galil's first points in almost 4 minutes. Isaiah Cousins converted a three-point play after laying in two in transition, and the American guard connected from mid-range, cutting the Yellow & Blue margin, leading to a Giannis Sfairopoulos timeout, 53:40. 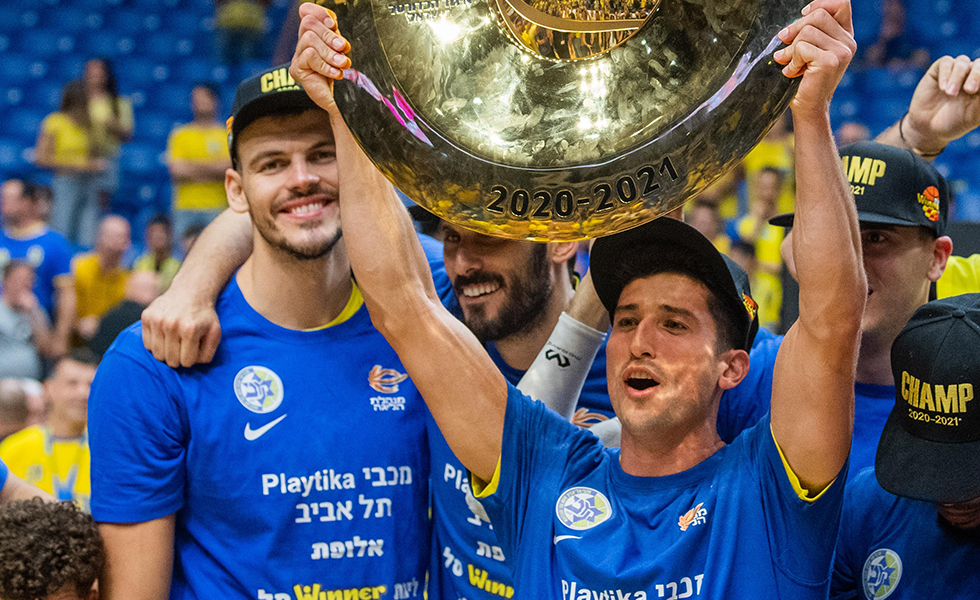 Cline beat the 24-second clock with a fadeaway jumper stopping the Reds' 9 unanswered runs, Zizic recovered a Wilbekin miss for a strong right-handed slam, and Zoosman closed the third quarter with a triple, 61:47.

The nerves started to talk as both teams couldn't find a bucket for almost 3 minutes. Thomasson hit a jumper, and Gershon knocked down a shot from behind the arc, reducing Maccabi's margin to single digits, 61:52. Casspi executed a veteran post-move to conclude the scoreless streak for the hosts' first points of the quarter after 5:30 minutes. 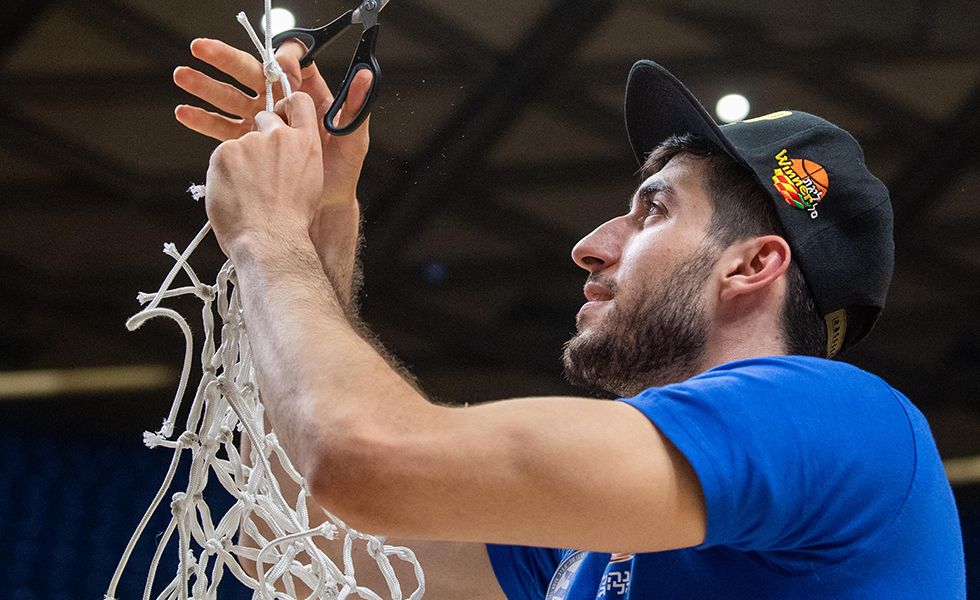 Still, Avishai Gordon's squad extended their momentum with offensive rebounds as Gershon drilled a three-pointer diminishing the margin to 3, 63:60. However, Sfairopoulos's unit stepped up in the clutch. Hunter fought for points in the paint, Jones stole the ball and finished strong at the rim for a three-point play regaining a double-digit difference with a minute left on the game clock, 70:60.

Ziv scored 5 straight points cutting the margin by half with 22 seconds left, but Wilbekin sealed the 4th consecutive championship and the 55th in team history with two successful shots from the free-throw line. Maccabi Playtika Tel Aviv lifts the plate after a 73:67 home victory over Hapoel Gilboa/Galil beating the northern squad 2:1 in the Israeli Winner League Finals Series.