The yellows will meet the Germans and their ex-player who left during the summer and try to bounce back from the loss to Olympiacos. Taylor: "Alba can be very dangerous."

Maccabi Playtika Tel Aviv's journey in the Euroleague reaches one of its most exciting destinations. On Thursday (21:30 local, 2:30 pm ET, live broadcast on 5SPORT), the yellows will face Alba Berlin away and, while doing so, will meet Yovel Zoosman for the first time as an opponent.

The 23-year old guard, who grew up in Maccabi and spent five seasons with its adult team before leaving this summer to Germany, will try to help his team overcome a bad start to the season (Alba has a 3:8 record in the Euroleague). 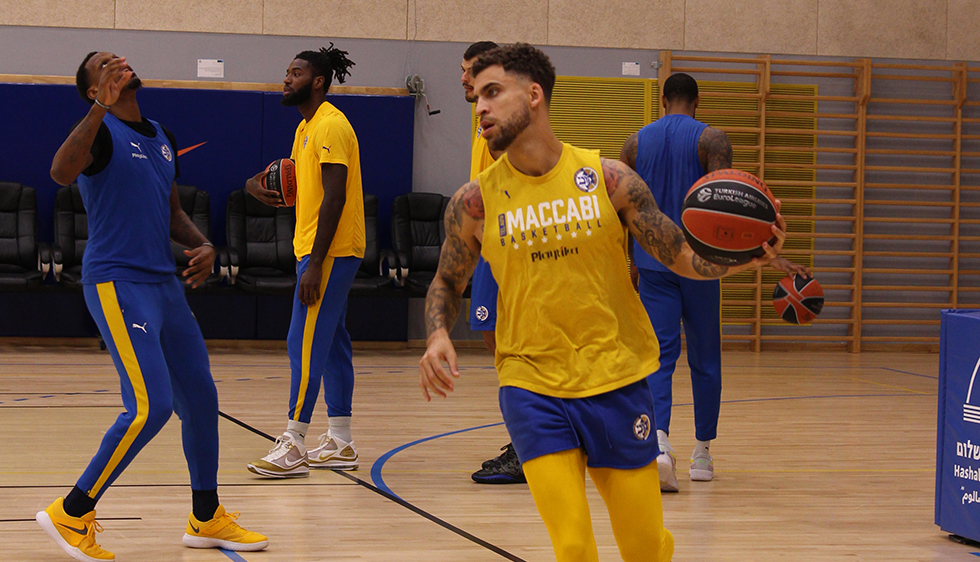 "We have a tough game against an opponent who plays very well, especially at home," said Giannis Sfairopoulos before taking off for Germany. "Although the results didn't always go in Alba's favor, it's a team that plays good basketball. We have to be very energetic because we want to get back to playing positively after the loss in Piraeus".

"We want to stay focused until the last second, both defensively and offensively, because Alba can be very dangerous," Kameron Taylor added. "I know that a lot of yellow fans will be at the game, and this will provide us with extra energy."

The yellows suffered a second straight loss in the Euroleague one week before facing Real Madrid. Wilbekin scored 22 points

Maccabi Playtika Tel Aviv hoped to bounce back from the tough loss to Olympiacos last week, but the hard fight the yellows put up against Alba Berlin wasn't enough. At the end of an evening in which Maccabi chased its opponent most of the time, the hosts had the upper hand and won 91:86.

The Israeli champions' second straight loss came in bad timing, just one week before meeting Real Madrid in Spain. Scottie Wilbekin led the scorers with 22 points, but on the other side, the yellows' ex, Yovel Zoosman, banked two clutch three-pointers that sealed the win for the Germans.