After nearly 14 years, the yellows will come back to the legendary arena and face Hapoel Galil-Elyon. Reynolds, Taylor, and Caloiaro will rest

After another loss in the Euroleague, Maccabi Playtika Tel Aviv wants to find some comfort in Winner's league. On Sunday (17:30 local, 10:30 am ET), the yellows will return to Kfar Blum after nearly 14 years to face Hapoel Galil Elyon.

Jalen Reynolds, Kameron Taylor, and Angelo Caloiaro were left out of the squad for the game. The 12 players who will be included in the roster will be John DiBartolomeo, Scottie Wilbkin, Keenan Evans, Ido Menchel, Derrick Williams, Roman Sorkin, Oded Brandwein, Oz Blayzer, Jake Cohen, James Nunnally, Ante Zizic, and Yiftach Ziv.

The last time Maccabi visited Kfar Blum was in January 2008. Tzvika Sherf was the head coach of the yellows who won 90:84 thanks to 22 points from Marcus Fizer and 19 by Yotam Halperin. Maccabi's all-time head-to-head record against the Northerns stands on 52 wins and only 11 losses. However, 10 of those defeats were on away games.

The yellows came back to Kfar-Blim after nearly 14 years and won in an overtime thriller. Ante Zizic was excellent again with 24 points

It wasn't easy. It took everything the players had, but it ended with a sweet victory. Maccabi Playtika Tel Aviv returned to Kfar Blum after almost 14 years and achieved a dramatic 88:84 overtime win over Hapoel Galil-Elyon.

The yellows that suffered a tough Euroleague loss to Anadolu Efes on Thursday started the game poorly but steadily cut down a 16 points deficit to force a tight ending. 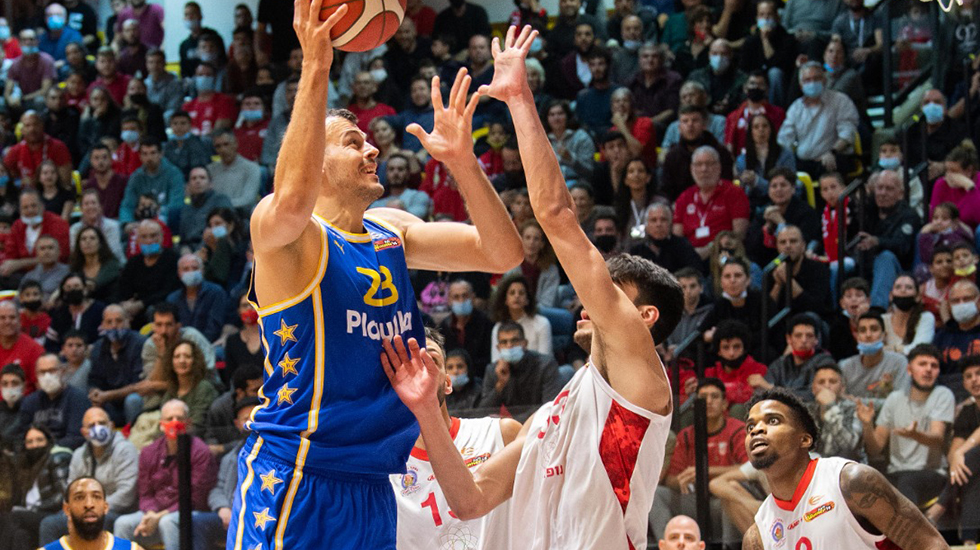 James Nunnally's three accurate free throws set the score at 73:73 and sent both teams to overtime. Maccabi already trailed by 4 points, but Ziv, Wilbekin, and Cohen remained calm and sealed the win.

Ante Zizic, with another fantastic performance, led Maccabi's scorers with 24 points. Sfairopoulos' team will now prepare for Zenit on Thursday and try to end the losing streak in the Euroleague.