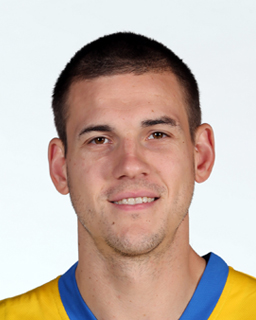 Maccabi Electra Tel Aviv trounced Besiktas JK Istanbul 101-58 in week 13 of the Euroleague Top 16 and improved their record to 8-5. They have a good chance now of qualifying for the Top 8. Nik Caner-Medley was named game MVP with 15 points. Devin Smith (9 rebounds) and Ricky Hickman contributed 16 points, and Darko Planinic added 14 points.

Starters for Maccabi were Yogev Ohayon, Nik Caner-Medley, Shawn James, Devin Smith and Ricky Hickman. Although the visitors claimed the first bucket of the game, Maccabi soon took charge, starting with a trey by Smith from the top of the arc (assist James), a block by Hickman and points by James under the basket. A three pointer from the right wing by Caner-Medley made it 8-4 after three minutes of action. Maccabi continued to dominate at both ends of the court, with a steal leading to a fastbreak bucket and 1 by Caner-Medley (assist Hickman) providing excellent highlight footage and making it 15-6 halfway through the period. Another steal (Smith) led to a tomahawk jam by Caner-Medley and was followed by a three from the corner by Ohayon that made it 20-6. Maccabi stayed in control through the end of the period, with points (and a huge block) by Smith, Guy Pnini and Hickman making it 29-11.

The second quarter got underway with a triple by Pnini and six quick points by Sylven Landesberg and a dish from Landesberg to Caner-Medley in the left corner, 41-13. Maccabi continued to flow, with buckets by Hickman, Landesberg and James making it a thirty-one point lead, 49-18 with four and a half minutes left in the period. A couple of fastbreak layups and points by Roth closed out the half, and the teams hit the locker rooms for the halftime break with Maccabi leading 61-27. 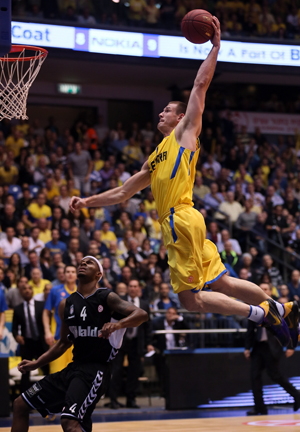 The third period got underway with a 9-0 run by Maccabi that included a buzzer-beater from downtown by Hickman, two straight baskets by Darko Planinic, and a putback by Smith, 70-27 after just over two minutes. Four more points by Planinic were followed by a triple and a dunk by Smith. Logan added a layup and a catch and shoot, and a bomb by Hickman from the left corner put Maccabi's lead over fifty, 86-35 with one minute remaining in the period. Logan ended the period with a stop and pop from way downtown to make it 91-35 as time ran out in the period.

Maccabi slowed the pace at the start of the fourth quarter, scoring their first points after two and a half minutes. Planinic added four more points from the foul line, while Landesberg scored off the glass. The visitors took advantage, having their best quarter of the game, but it wasn't enough to overcome the huge deficit, and Maccabi Electra Tel Aviv strolled to a 101-58 victory over Besiktas JK Istanbul in the last home game of the Top 16.