A barrage of three pointers from the Turks (17 of 29) took a 12 point Maccabi lead and turned it into a narrow loss. Devin Smith led with 12 points, Joe Alexander scored 10 in the final quarter. Edelstein: "We still need to get smarter"

Maccabi Fox Tel Aviv finished its preseason with a narrow 86:90 loss to David Blatt's Darussafaka. The game took on a strange twist with Maccabi starting strong, leading by 12 at the end of the first quarter and holding the Turks to 33% from 2 point range, but all of that was negated by an exceptional show of three point shooting from the visiting team.
Darussafaka players shot 17 three pointers and went well over 50% from that range (57%), gaining the lead in the third quarter and opening a 9 point gap with minutes left to play. Maccabi was able to mount a comeback through Joe Alexander who scored 10 points in the last 10 minutes, but mental errors in the final seconds cost the home team a chance to win.
Devin smith led with 12 points, Yogev Ohayon had 10 and Alexander 10. Landsberg got 9 and four other players (Weems, who left the game early with a hamstring injury, Rudd, Iverson and Mekel) got 7 each, Pnini scored 5 and Zirbes who got into foul trouble early, had 4.
"We still need to get smarter", said Coach Erez Edelstein, "It was a very intense game for a preaseason one. We did what we had to do on defense but they just made shots".

Blatt and Edelstein after Darussafaka> 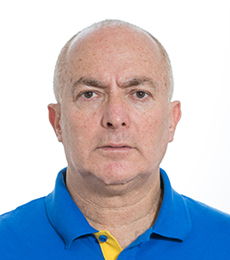