Maccabi survive and advance in the Israeli cup

Another game against Gilboa/Galil came down to the wire, but this time Maccabi got a 77:76 win and a place in the quarter finals. Weems scored 20 and said: “the change has to start from us. Otherwise, no coach will help”

18/12/2016
HOME · News Archive · Maccabi survive and advance in the Israeli cup
It was another nail biter against the same team, in the same place. Only two things were different – the competition and the outcome. Maccabi Fox Tel Aviv held off Hapoel Gilboa/Galil on the way to a 77:76 win and a spot in the Israeli state cup quarter finals.
Much like the league game last week, the visiting team had a chance to get a buzzer beating winning shot, with Jason Siggers again driving into the lane, but this time, Sylven Landsberg was there to make life difficult for Siggers just enough to force a miss.
Without Andrew Goudelock and Joe Alexander, Maccabi relied on a good offensive performance by Sonny Weems who had 20 points and 7 rebounds. Victor Rudd had 16 and Maik Zirbes 12.
After the game, Weems spoke about the uncertainty and the difficult time the team is going through: “the change has to start from us, the players, otherwise no coach will help. We have to become a unit and that has nothing to do with any coach. We’re frustrated because we know we can be a great team”. 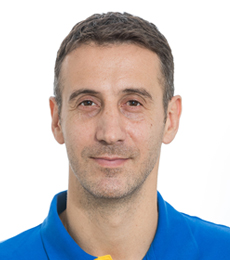