The yellows will try to increase their safety distance as well as to remain on top of the Israeli domestic league standings. Cole, Art and Kane will not be registered for the game, whereas Jeremy Pargo will re-debut in the yellow and blue uniform

Maccabi FOX Tel Aviv will travel to Eilat (20:00 Local, Sport5) for the 29th domestic league game. The yellows who are currently ranked first in the standings with a record of 19:9 will try to improve their record as well as to keep Jerusalem, Ashdod and Holon who are one game behind, at bay. Jeremy Pargo will see his first minutes in the yellow and blue uniform for the first time whereas Art, Cole and Kane will not be registered for the game.

Jake Cohen has become Maccabi's barometer in the third round of the domestic league: when scoring in double digits (three games) Maccabi won, when he didn't Maccabi lost. The forward who is ranked second in the +/- parameter (second to his teammate John DiBartolomeo) has set his career highs in assists (6) and 3PM (4) in Maccabi's away loss to Eilat in the 2015 playoffs. 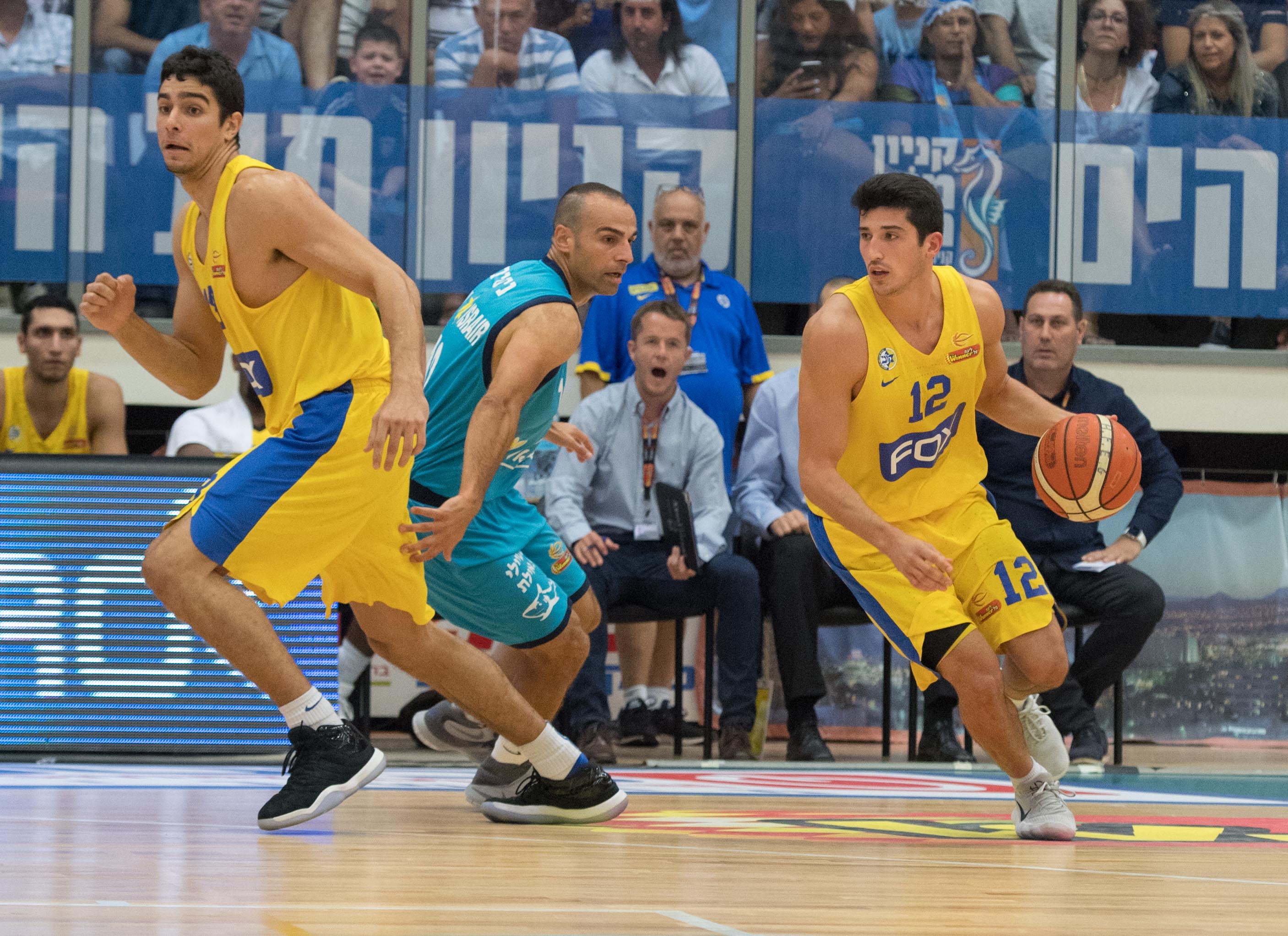 Maccabi Loses 74:69 to Eilat on the road

Despite having the lead at half time Maccabi FOX Tel Aviv lost to Eilat on the road, Roll had 14P and 4A, Tyus added 11P 8R

07/05/2018
HOME · News Archive · Maccabi Loses 74:69 to Eilat on the road
Maccabi wanted to continue their winning momentum on the road against Eilat, the game had to be stopped after John-Di knocked down the bench signs in the first quarter. Eilat finished the first quarter ahead but a 16:1 run made by the yellows made sure Maccabi will finish the first half ahead 27:35. Eilat completed their comeback in the fourth quarter and also managed to secure the 74:69 home win. Maccabi now drops to a 19:10 record in their domestic standings.

Coach Spahija's starting five: Jackson, John-Di, Roll, Bolden and Tyus. Both teams started the game rather hesitantly as the game was put to a halt after John-Di who jumped on a loose ball ended up hitting the bench commercial signs making them collapse; the signs were taken off court so that both teams could play in a safe environment. The game was renewed with the yellows up 9:8. Eilat took the 17:11 lead but Roll reacted with a mid-range jumper. Rosefelt scored for the southerners but Pargo scored his first points for the yellows as the first quarter came to an end with Maccabi trailing 20:15.
Pargo and Zoosman scored at the beginning of the second quarter to bring the yellows closer to Eilat (20:19). Pargo continued taking care of business as he found both Thomas and Cohen who completed the yellow comeback with the scoreboard showing 20:23. Pargo continued dishing dimes as he connected with Bolden as the visitors increased their lead to 21:27. Roll scored a three pointer but Treadwell reacted with a mid-range jumper (32:27); Pargo continued his dreamy re-debut with the yellows as he nailed a three pointer from way deep as Maccabi finishes the first half ahead 27:35.

John-Di scored a three pointer at the beginning of the third quarter to give the yellows the double digit lead (27:38). Treadwell scored a free throw, but Bolden reacted with a three pointer of his own (28:41). Eilat trimmed Maccabi's lead forcing coach Spahija to call for a timeout with the scoreboard showing 39:44. Rosefelt's dunk made it 45:48 but Cohen reacted from distance (45:51). Eilat managed to get even closer to the yellows as the third quarter came to an end with the visitors having the 50:52 lead.

Berkovich tied the game at the beginning of the fourth quarter, but Roll reacted (52:54). Simchon and Treadwell completed the comeback but Roll tied the game with a three pointer (57:57). Berkovich scored again but this time it was Thomas who scored a three pointer from the corner to put the yellows ahead 59:60. Berkovich sparks a 6:0 run (65:60) forcing Spahija to call for a timeout. Roll and Tyus tied the game, but Lloyd reacted from distance (68:65). Treadwell gave Eilat the 70:67 lead, Tyus reacted with a dunk (71:69) as coach Drucker called for a timeout with 27.4 seconds remaining in the game, however Eilat secured the 74:69 win from the free throw line.