Maccabi and Khimki traded blows in the first half yet in the second the squad in yellow and blue imposed their will to claim the home win. Ray scored 17P for the winners

19/12/2018
HOME · News Archive · Keeping our home safe: Maccabi grabs the 79:63 home win over Khimki
With a record of 3:9 Maccabi FOX Tel Aviv entered the final straight of the first round wanting to end it on a high not. Both teams traded blows enroute of an extremely close first quarter, Maccabi then found their offensive rhythm as they finished the first half ahead 35:31. The squad in yellow and blue completed a dreamy 44:32 second half to send a message: We're still here. Maccabi improve their record to 4:9 and they will face Zalgiris Kaunas on the road in 48 hours.

Coach Sfairopoulos' starting five: Scottie, Kane, Caloiaro, O'Bryantand Black. Thomas was the first to score in the game but Johnny and Tarik answered as Maccabi took the 6:4 lead. With the game tied (8:8) Maccabi started to capitalize on the offensive end taking the 12:10 lead. Mickey and Croker gave Khimki the edge but Kane tied the game from the free throw line (16:16). Croker managed to beat the buzzer to give Khimki the 16:18 lead at the end of the first quarter.

Scottie was also the man at the beginning of the third as he increased the yellows' lead to 38:31. Tarik and Angelo completed an 8:0 run for Maccabi before Jenkins scored Khimki's first points in the third quarter (43:33). Both teams traded blows again with Maccabi keeping their double digit lead (48:38). Maccabi's offense started to fire on all cylinders with Zoosman and Ray scoring from deep continuing with Tyus connecting with Kane for a thunderous dunk as coach Sfairopoulos' squad took the 58:42 lead. Ray was unstoppable from deep as he managed to beat the buzzer with another three to make it 61:42 as the third quarter came to an end.

Vialtsev started the fourth quarter with a three point play but Kane Ray and Kane made it 64:45. Vialtsev and Mickey completed a 5:0 run as Coach Sfairopoulos called for a timeout (64:50). Caloiaro and Wilbekin increased Maccabi's lead, Monia reacted from deep but Maccabi kept their composure increasing their lead to 74:54 from which Khimki couldn't recover as the hosts grabbed the 7:63 home win. 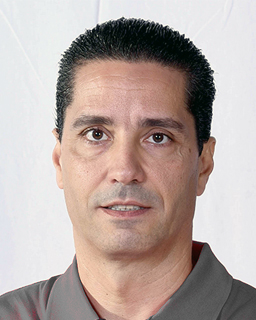