The Yellow & Blue want to bring their winning streak up to 9 games in all competitions and five straight in the EuroLeague, as they wait for Alba Berlin that will try to snap their five-game losing skid

Maccabi Fox Tel Aviv is back home in European action, as they'll face Alba Berlin in the seventh fixture of the EuroLeague. The Israeli champions want to win their fifth straight game in the top European competition and stay undefeated on their home court before they head out to a three-game road trip (Baskonia, Milano, Barcelona).

On the other end, Alba comes into this game, losing five straight EuroLeague contests after winning their first one at home 85:65 against Zenit Saint Petersburg.

"Tomorrow we compete against an excellent team, they have great chemistry and play well as a team", Said coach Giannis Sfairopoulos at the annual press conference before the game. "Although they have only one win, their position in the standings doesn't show their real ability because they are a good team, and they'll be motivated to win. This is an important game, and we need to be concentrated and play as a unit. Alba has great shooters, we need to play individual and team defense, and on the other side of the ball, take advantage of their flaws".

"We talked to the players about the game plan, and the crucial point is ourselves. The fans are our extra power, and we are delighted there is going to be another sell-out crowd because we feel them with us". 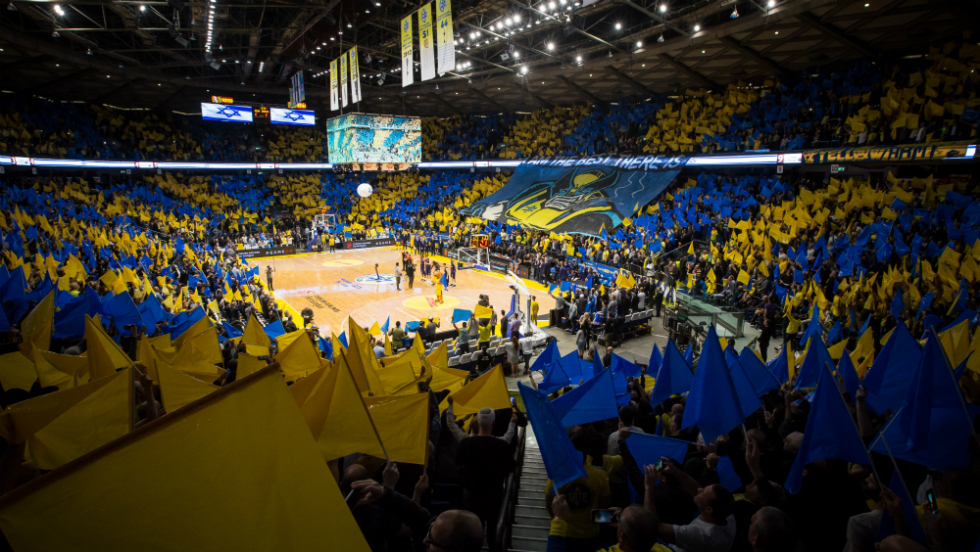 "I'm feeling good, ready to be back out there after taking a break in the Nahariya game", Said Scottie Wilbekin to the reports. "Coach talked about being more detailed, and what we need to do defensively to stop them, Alba is a dangerous team with a lot of potential scorers who can shoot 15 points any given night, so we have to be alert all five guys on the court.

"We just have to limit his easy looks because he is a great shooter", Spoke Wilbekin about how to stop Rokas Giedraitis, who is averaging 14 points a night. "You don't want someone like that to get going with easy-open looks, so we will try to make him take as many tough shots as possible".

"We approach every game intending to win it", Said Quincy Acy before the matchup against the Germans. "It's going to be a hard one, they are a great team, well-coached, and we are going to fight".

"All that matters to me is that we are winning as a team", Continued Acy. "I'll get my foot in eventually, it takes time. There are some adjustments because it's an entirely different game for me, so my biggest thing is to play great defense and to help this team win".

Nate Wolters, Scottie Wilbekin, Yovel Zoosman, Omri Casspi, and Tarik Black opened in Giannis Sfairopoulos's starting five. Wilbekin got Maccabi on the board, scoring two points, and Casspi added a driving basket for a 4:0 lead. After 3 minutes, Luke Sikma scored the visitor's first two points, but Wilbekin, with a deep three, kept Maccabi on top, 9:4. Black increased the host's advantage by 9 with a dunk, but on the other end, Mattisseck scored from downtown, and Giffey laid it in to ignite a 7:0 German run,15:13 Maccabi. Elijah Bryant had the final say in the first quarter scoring two, 21:19 for the Yellow & Blue.

Tyler Dorsey opened the second quarter with a triple, Hunter scored 4 straight points, and Bryant with a three of his own captured a 12:0 Maccabi run to give them a double-digit advantage, 31:19. After an Alba timeout, Giedraitis scored 5 straight points that made coach Sfairopoulos call a timeout. A Dorsey three-pointer brought the lead up to 14, the red-hot Wilbekin scored 8 straight, and Black made two consecutive free throws to give Maccabi 50 points before the end of the first half. Giffey and Giedraitis reduced the lead, 52:37 Maccabi, at the half. 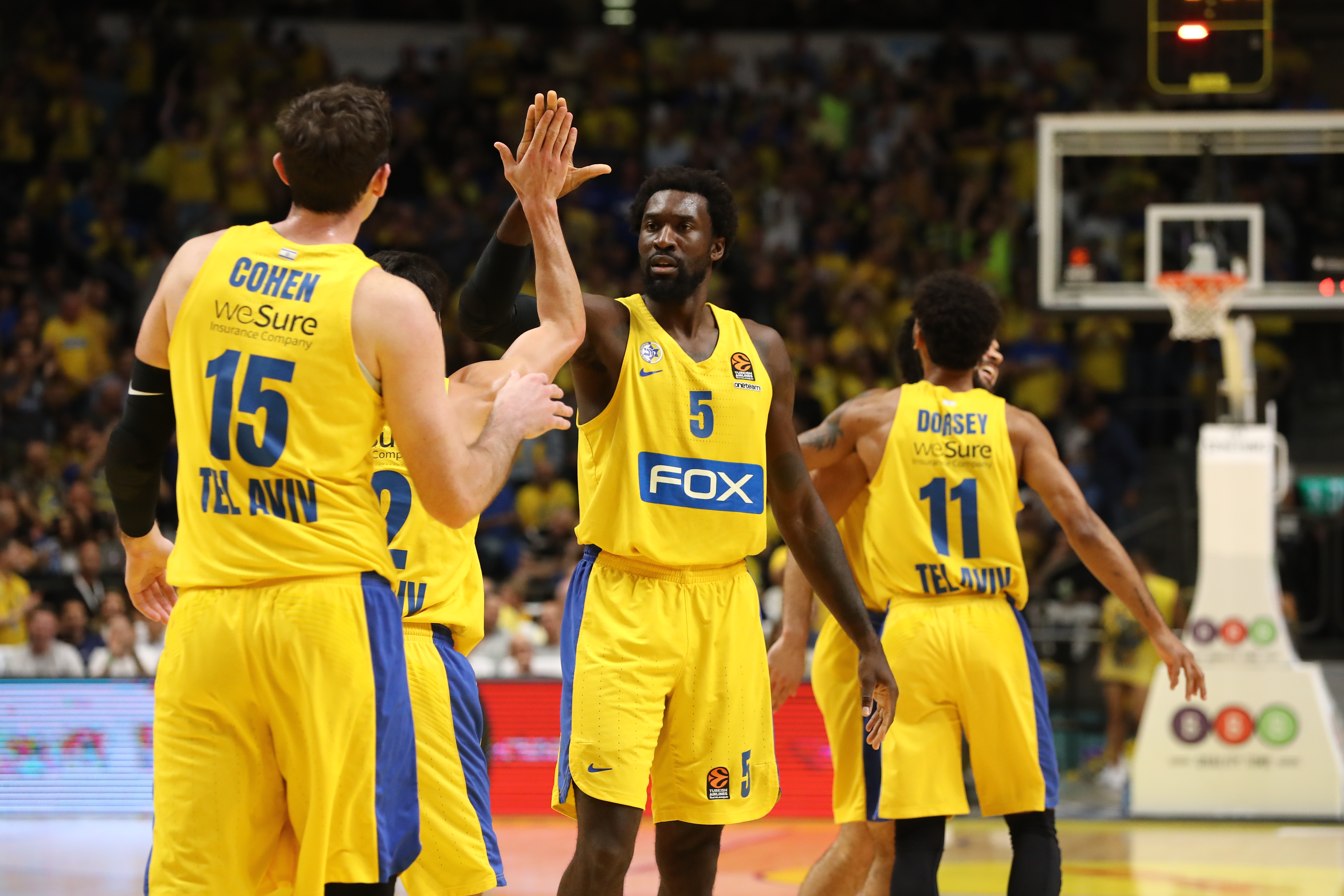 Black started the second half with a slam, as Wilbekin hit another shot from behind the arc to give the hosts a 21 point advantage. Casspi joined the show scoring 8 points at the start of the quarter, Black continued to dominate under the baskets, and John Dibartolomeo hit two straight threes and another one at the end of the quarter to give the Yellow & Blue a commanding 28 point advantage, 83:55.

Dorsey and Hunter scored in the paint early in the fourth, and the captain DiBartolomeo stayed on fire, to put Maccabi in front, 91:57. Deni Avdija came off the bench to score his first two points, and a Nate Wolters three-pointer gave the hosts 100 points. From their, Maccabi cruised to their 5th straight EuroLeague win, 104:78 over Alba Berlin.