In 20 head to head matchups between the squads, they split a 10:10 record. In Tel Aviv, Maccabi leads 6:4. As for the first matchup between the two clubs this season, the Yellow & Blue defeated the Reds 90:65, in the Peace & Friendship Arena.

"After a long period on the road, we are back playing at home, and we are really excited to play in front of our fans. Said head coach Giannis Sfairopoulos at the pre-game press conference. "It's an important game for both teams, we want to stay in positive form, and on the other end, Olympiacos are fighting to qualify for the playoffs, so I expect a very interesting game tomorrow".

"It's too early to talk about home-court advantage, there are 9 games left, and we still haven't qualified a playoff spot", Emphasized Sfairopoulos that added about the final stretch. "Anything can happen, we are all experienced enough to know this, so we think only one game at a time".

"Tarik still isn't practicing with us, we will know his conditions in a couple of weeks". Explained the Greek head coach about the team's injury report. "Yovel and Quincy will be in the roster for tomorrow's game and be ready to help the others to fight for the result we want". 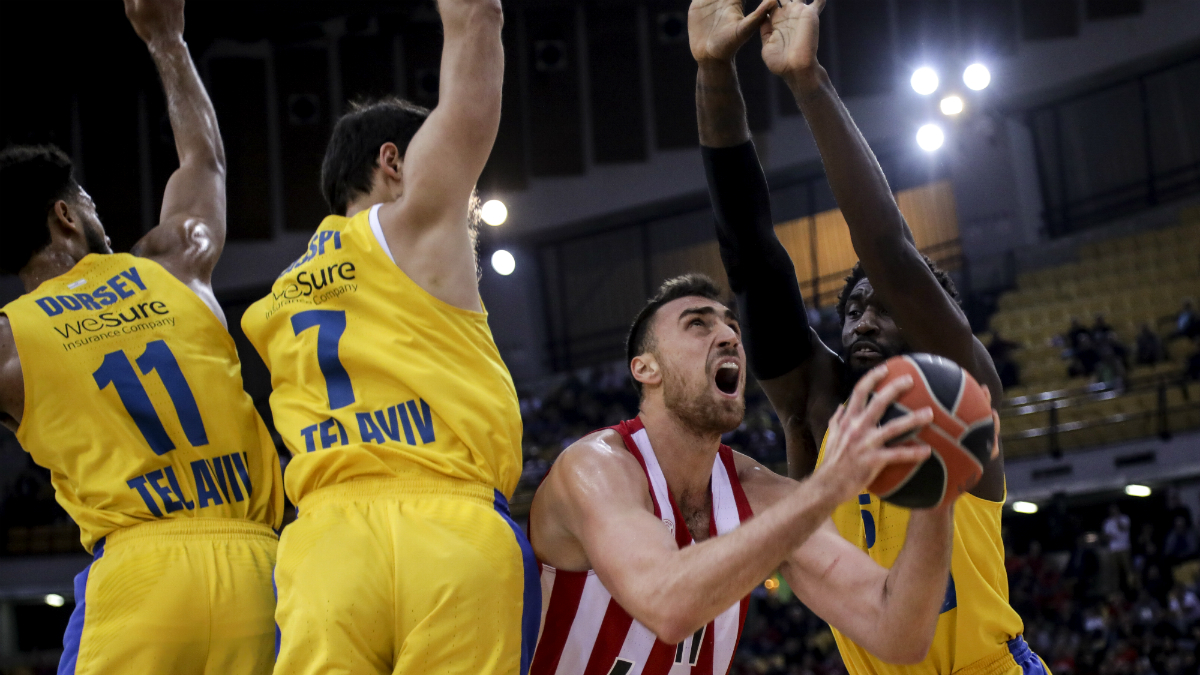 "We missed Menorah arena a lot, it's good being back home, playing a big game against a really good team that is fighting to stay in the playoff hunt for that 8th spot", Told Tyler Dorsey to reports before the final practice. "Olympiacos made a lot of changes since we last saw them: a new coach, a lot of new players that we have never seen, and a faster style of play. We have to be ready and prepared because you can never know as it will be different from the first-round game. We play well at home, so we will be prepared to protect home court".

"We don't want to say we are in (the playoffs) for sure because it can be a quick turnaround in any given moment, but our goal is to have home-court advantage, we will take it one game at a time looking towards tomorrow", Said Aaron Jackson who spoke about the keys to the game. "We have to be aggressive first, can't let Olympiacos come here and use their tempo, size, and athleticism to push us around, we have to show them this is our house, and we will protect it".

"Zoos is one of the most underrated players in the league, being very important to our team. We all know what Quincy brings to the table, he is a hell of a player, and getting them back is a good addition". Added the point guard about the return of Yovel Zoosman and Quincy Acy towards the final stretch. "It's the EuroLeague so each team will give you their best shot when you win those close games and win not playing the best is really good for the team, it helps you understand how to need to win certain games, especially in the playoffs".

The guard hit a clutch shot from deep with 10 seconds left to secure the crucial win over the greeks that gave the Yellow & Blue sole possession of fourth place in the standings. Saturday night: Gilboa/Galil in Menorah Arena

Four of the last five home games against Olympiacos were determined by one point, and the past two ended in the same fashion: a winner shot by Scottie Wilbekin. The guard scored 14 of Maccabi's last 24 points, which included a clutch three in the final seconds that capped the comeback. With the 71:70 win over the Reds, the Yellow & Blue opened a one-game lead over CSKA Moscow for home-field advantage in the playoffs.

Maccabi opened with Scottie Wilbekin, Elijah Bryant, Deni Avdija, and Othello Hunter in Giannis Sfairopoulos's starting five. Wilbekin fed his teammates early as Bryant scored 8 points in the first six minutes of play that to put the hosts up on top, 12:8. Sfairopoulos pulled Yovel Zoosman off the bench for his return coming back from injury as he contributed, scoring a beautiful layup and dishing an assist to Angelo Caloiaro that beat the buzzer for a 20:16 lead after one.

Shaquielle McKissic led the Reds on a 7:0 run that gave them a one-point advantage. However, Caloiaro, Bryant, and Dorsey helped Maccabi open up a double-digit lead scoring 14 consecutive points, 39:26. Brandon Paul's three-pointer stopped the run, 39:29 at halftime. 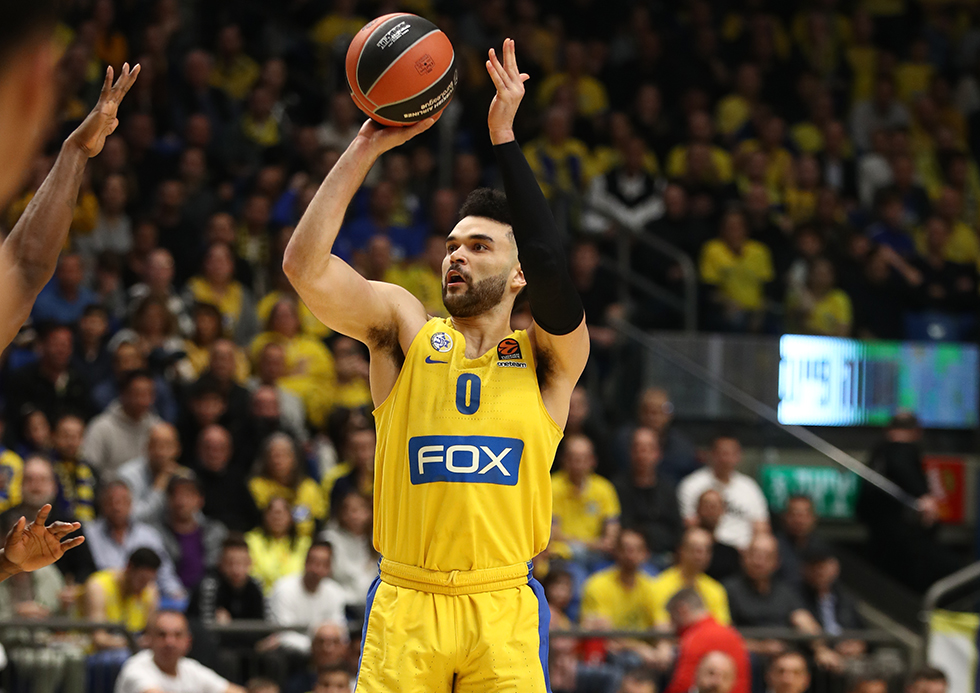 The visitors cut the double-digit deficit and even took the lead 2 minutes to the end of the third quarter after scoring 11 consecutive points, 47:48. Wilbekin snapped the visitors run with 5 straight points that gave the Yellow & Blue a 2 point advantage going into the final 10 minutes, 52:50.

Wilbekin opened the fourth with another triple, but Sasha Vezenkov led the Greeks on a 12:0 run that handed them a 7 point lead midway through the final period, 55:62. A Bryant three cut the Reds advantage down to 3, but McKissic scored a three-point play to give the Reds some breathing room. With 25 seconds left on the game clock, Wilbekin nailed three free throws that decreased the lead down to 1. Baldwin hit one of two from the charity strike, and then in Maccabi's final possession, Dorsey found Wilbekin, who drained the game-winning three, which proved to be the game-winner with 10.6 seconds to go.