Sunday at 21:00: Jerusalem against Maccabi

The Yellow & Blue arrived back from Belgrade as they'll make their way to the capital to compete against Hapoel in the 21st Israeli league fixture. Jackson will be out of the roster, Sfairopoulos: "The most important thing for us is to keep our concentration and to play with energy"

Maccabi Fox Tel Aviv will head on the road to face Hapoel Jerusalem on Sunday evening as part of the 21st Israeli league fixture (21:00, live on Sport5 - channel 55). The Yellow & Blue landed on Saturday afternoon from Belgrade as they'll play their 3rd game in 5 days.

"It's an important game, when we play against Jerusalem, we are always very focused because they are a really good team", Said head coach Giannis Sfairopoulos towards the matchup. "We are coming in after back to back Euroleague games, but the most important thing for us is to keep our concentration and to play with energy. We know them, and they know us. Whoever will do the best things on the court will win the game". 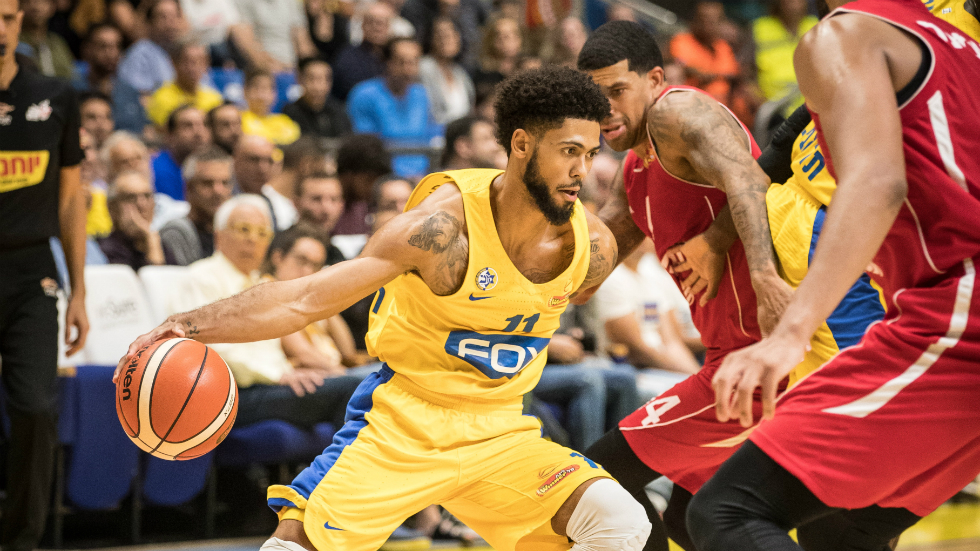 Hapoel Jerusalem comes into the matchup against the Israeli champions in second place, holding a 16:4 record. The Reds score the second amount of points per game (89.6) in the domestic league, while being the third-ranked defense allowing 79.4 points a night. Nine thousand fans will be allowed in the Pais Arena as Jerusalem holds a 8:1 record in 9 contests in the new gym.

In the last league match between the clubs, Maccabi beat Jerusalem 89:73 after scoring 34 points in an incredible third quarter. Scottie Wilbekin led all Maccabi scorers with 26 points. (6/7 from 3P), Dorsey added 15, while Omri Casspi finished with 13 points (6/8 from the field). From the other end, J'Covan Brown knocked in 27 points.

In 123 domestic league games between the Yellow & Blue and the Reds, Tel Aviv won 99 of them. In 60 contests in Jerusalem, the record stands at 43:17 in favor of Maccabi. In the first-ever matchup that took place in the Israeli capital on May 1955, Maccabi defeated Jerusalem 86:46 behind a 21 and 20 point performances by Ralph Klein and Abraham Shneior. 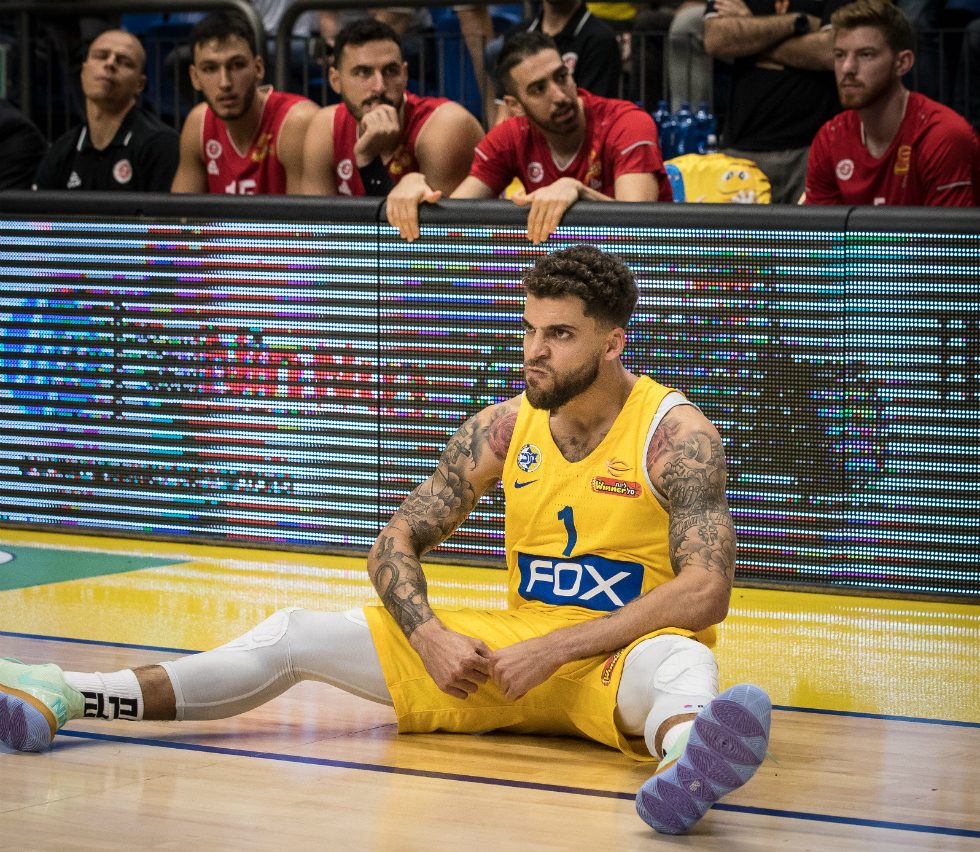 Maccabi Fox Tel Aviv took the loss Sunday evening to Hapoel Jerusalem 87:98 as part of the 21st Israeli league fixture. The Yellow & Blue suffered their second local defeat of the season, holding a 2 game advantage over the second-place Reds. Scottie Wilbekin led all Maccabi scorers with 20 points. Next Game: Thursday against Bakonia in the EuroLeague.

Maccabi began the game with Scottie Wilbekin, Yovel Zoosman, Elijah Bryant, Jake Cohen, and Othello Hunter in the starting five. Both teams opened the game on fire offensively, knocking in the first five shots, 12:7 Maccabi. Shelvin Mack and James Feldine hit shots from deep, and Tashawn Thomas's bucket tied it up at 17 apiece midway through the first quarter. The red hot Wilbekin scored his 8th point of the period to put the visitors up on top, Zoosman added a three of his own, but Mack and J'Covan Brown kept the hosts in it, 22:22. Suleiman Braimoh came off the bench and hit two three-pointers (7th three of the period for Jerusalem) that gave the Reds a 6 point lead. Jerusalem continued to knock in shots from deep opening a double-digit advantage, 27:39 after 10 minutes.

Hunter ended a 16:2 Jerusalem run with a slam and a fadeaway shot, as Bryant hit two from the free-throw line that cut the lead back to twelve, 32:44. Brown took control, scoring 10 of the hosts last 17 points, as Quincy Acy knocked in a corner three to end the first half, 41:61. 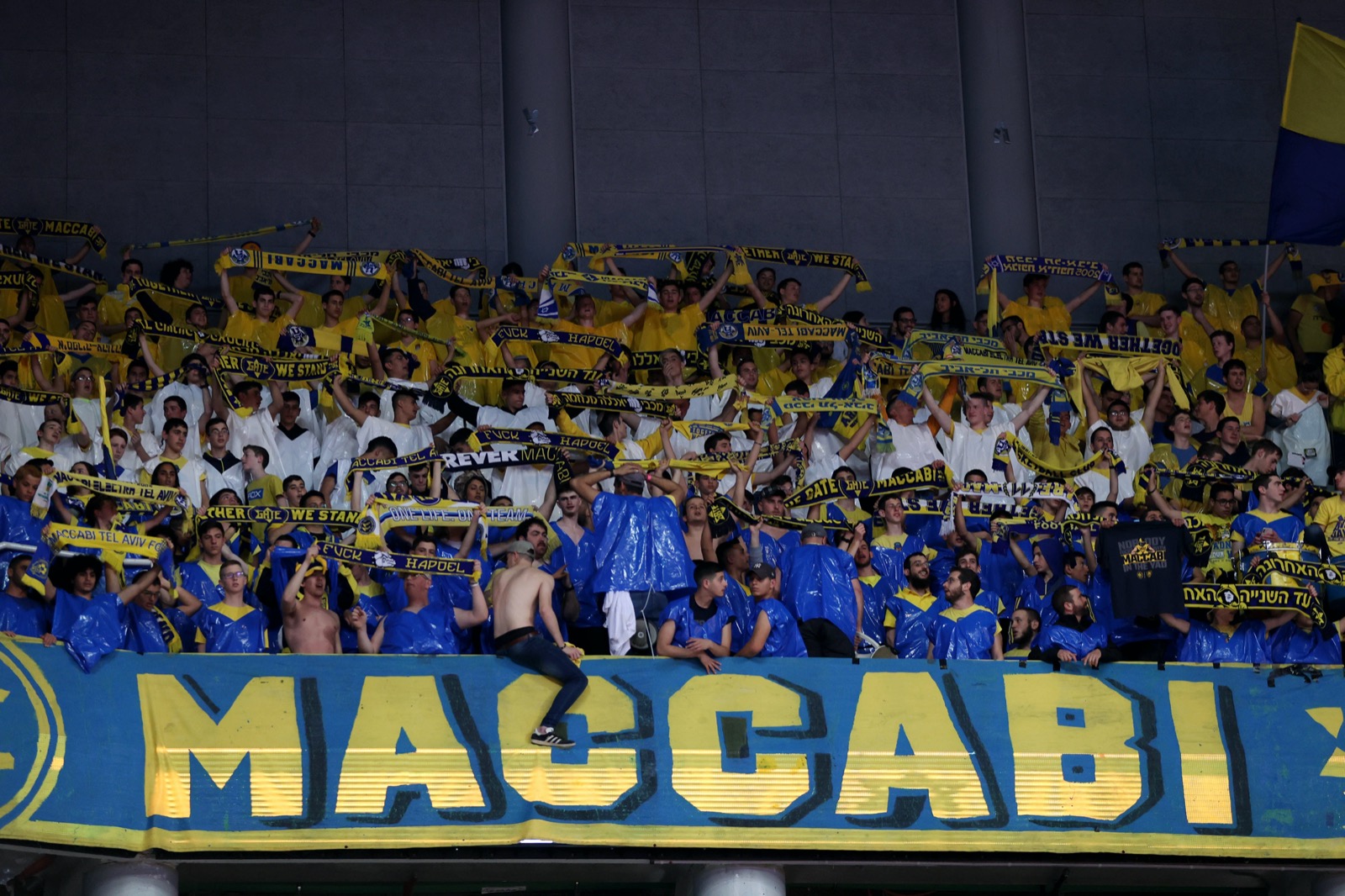 Hunter and Deni Avdija hit the first points of the third period, and Elijah Bryant notched a shot from deep to reduce the deficit down to 15, 48:63. However, Timor and Mack found Thomas for a pair of alley-oop slams that increased the host's advantage midway through the third, 50:72. Cohen and Amar'e Stoudemire scored from inside the paint, as Braimoh knocked in a pair of free throws, 60:82 heading into the final quarter.

Braimoh added on to the lead, as Wilbekin and Acy scored from deep to help Maccabi cut the lead to 71:90. Avdija hit one of two from the line adding a fastbreak dunk that brought the visitors within 11, but Mack knocked in two from the charity strike. Jerusalem beat Maccabi 87:98.